A tank system comprises the dam (bund), the tank body (wewa) and the upper periphery (thaulla) as major elements (Mahantanila et al. 2007, Chandrajith et al. 2008) (Figure 3). The thaulla is an artificial wetland area of aquatic plants through which the upstream drainage water from the paddy fields has to pass to reduce pollutants (Mahantanila et al. 2007). Fines deposited in the thaulla are used for pottery; tall grasses and softwood from this area are used for crafts (Jayasena & Selker 2004). The tank water is used for irrigation purposes, domestic needs and livestock keeping (Mahantanila et al. 2007, Murray 2004). A typical village wewa cascade system is linked to a village that is responsible for its management and which is generally situated in a flood-safe location next to one of the wewas. In general, downstream of the dam paddy fields are situated. Artificial swamp areas are constructed between dam and paddy fields for sewage treatment, mostly in the vicinity to villages. Besides tanks as integral part of a tank cascade system, there are several other types of tanks: forest tanks which are mainly built in the jungle and provide the wild animals with drinking water, or erosion control tanks functioning as siltation basins before runoff reaches the main tank (Zubair 2005). 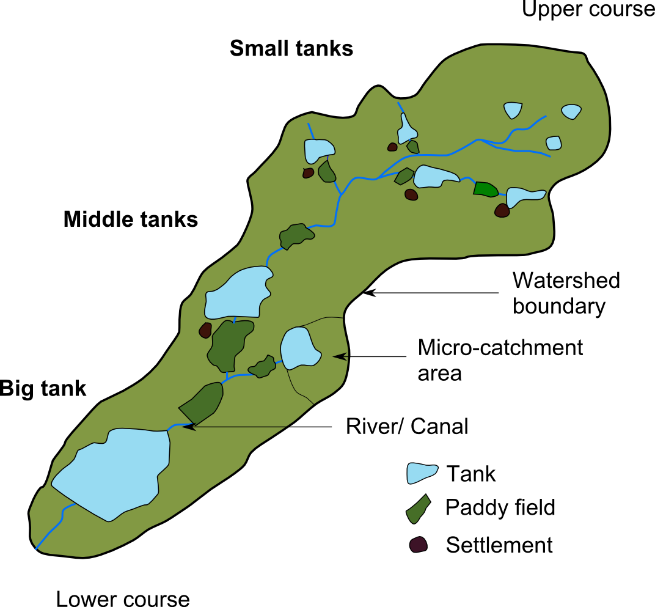 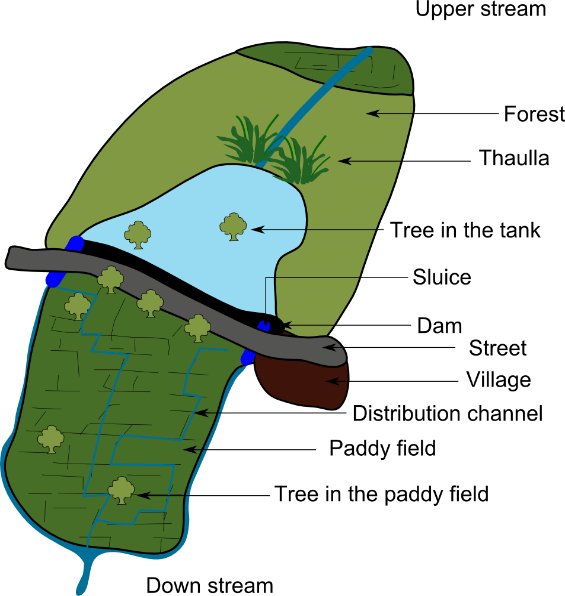