In a transect from the Maghreb region to the Persian Gulf to present day countries like Pakistan, Syria, Afghanistan to the fringe of the Taklamakan desert groundwater is harvested since prehistory by a technique called Qanat or Foggara.

A qanat is constructed along a slope. Along this slope numerous shaftswerearedug into the ground, all connected to a subsurface tunnel being connected to the groundwater table. After construction, the shafts serve for maintenance works and the ventilation of the system, while the tunnel is channelling the harvested water to the foot slope, where it is released to a reservoir and routed by canals to the agricultural fields and / or settlements. 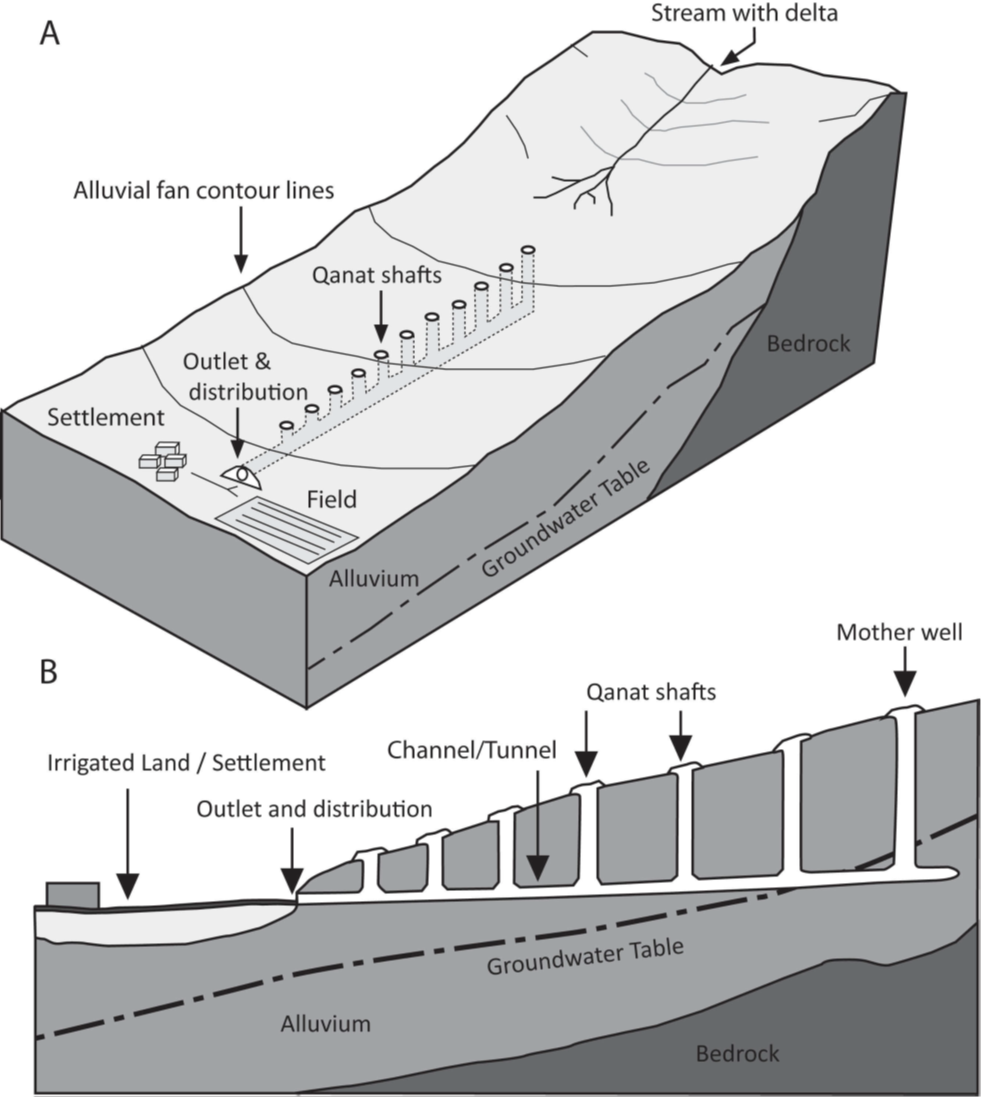 Sketches of a typical Qanat (Beckers et al. 2013, Figure A: adapted from Cech 2009, Figure B: adapted from Lightfoot 1996b.)
Welcome to the project e-Learning in Landscape Archaeology