A smaller ozone hole was observed above Antarctica in 2012. Mean ozone levels in October southwards of 60°S were the second largest since 1990.

The size of the Antarctic ozone hole varies from year to year due to variation in stratospheric meteorology. In 2012 the Brewer-Dobson circulation was stronger than normal and transported more ozone into high latitudes as well as resulted in higher stratospheric temperatures reducing polar chemical ozone loss. The year before mean polar ozone was lower than the long-term average. 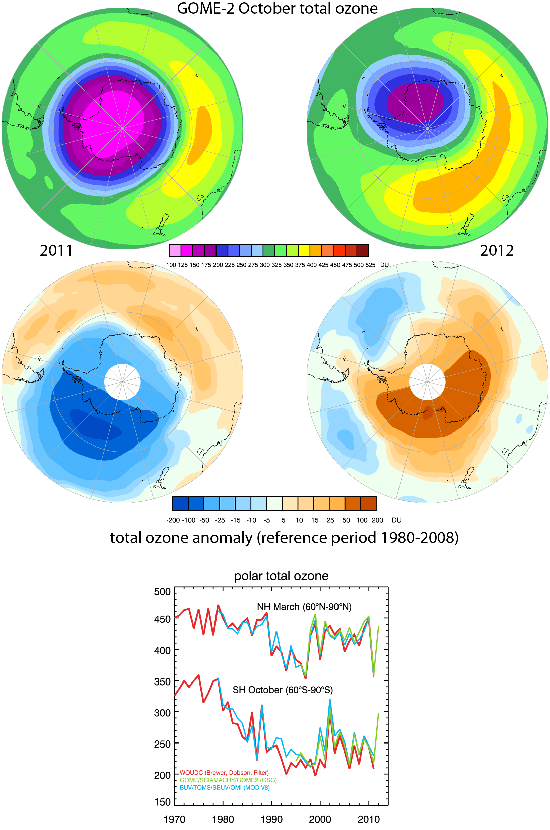