The High Resolution Stereo Camera (HRSC), which is operated by the German Aerospace Center (DLR), and mounted on board ESA’s Mars Express spacecraft, acquired images of the graben system Sirenum Fossae on Mars. The views shown here were created by the Planetary Sciences and Remote Sensing group at Freie Universität Berlin. The systematic processing of the HRSC image data was carried out at DLR. 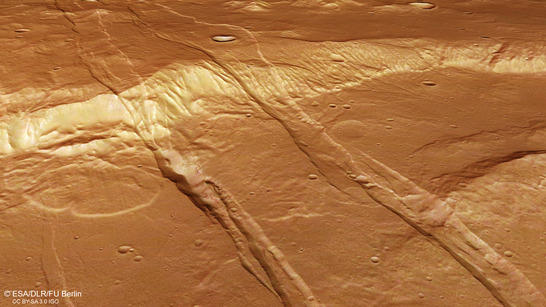 Striking linear features cross the pictured scene from southwest to northeast, referred to as Sirenum Fossae – a set of vast, up to 9 kilometers wide tectonic graben that extend over thousands of kilometers over the surface of Mars. Each graben consists of two parallel normal faults on opposite sides. Normal faults, in turn, are fractures in the crust that were caused by extension. These fractures divide the crustal rock into blocks and form ramps on which some blocks can slide downward. The remaining elevated blocks, usually situated between two graben, are referred to as horsts (see also PR Acheron Fossae). 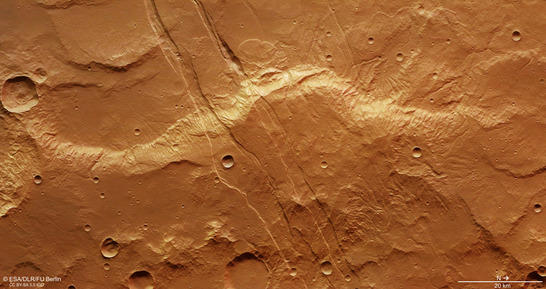 Graben sets on Mars as Sirenum Fossae are often associated with volcanic activity and with dikes, which are steep corridors within the rock along which magma from the interior of Mars can propagate upward. The Sirenum Fossae graben probably resulted from the deflation of a magma reservoir at depth. Dike swarms are quite common in volcanic zones, e.g. in Iceland on Earth, were they are observed along with surface fractures and graben sets in the Krafla fissure swarm. 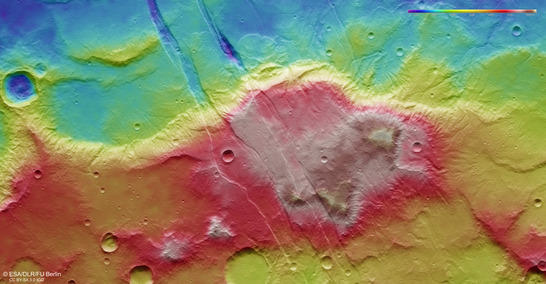 An alternative theory assumes that each individual Sirenum Fossae graben was formed above a single dike. In this case the dikes would be part of a giant dike swarm extending from a volcanic center far away. The Sirenum Fossae are part of a radial fracture pattern around the Arsia Mons volcano in Tharsis, which is situated approximately 1800 kilometers northeast of the region. Tharsis constitutes the largest volcanic province on Mars and exhibits an extensive radial fracture system with several zones of graben, e.g. the Memnonia, Icaria, Claritas, and Sirenum Fossae. 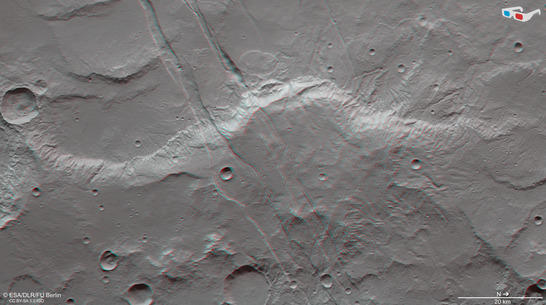 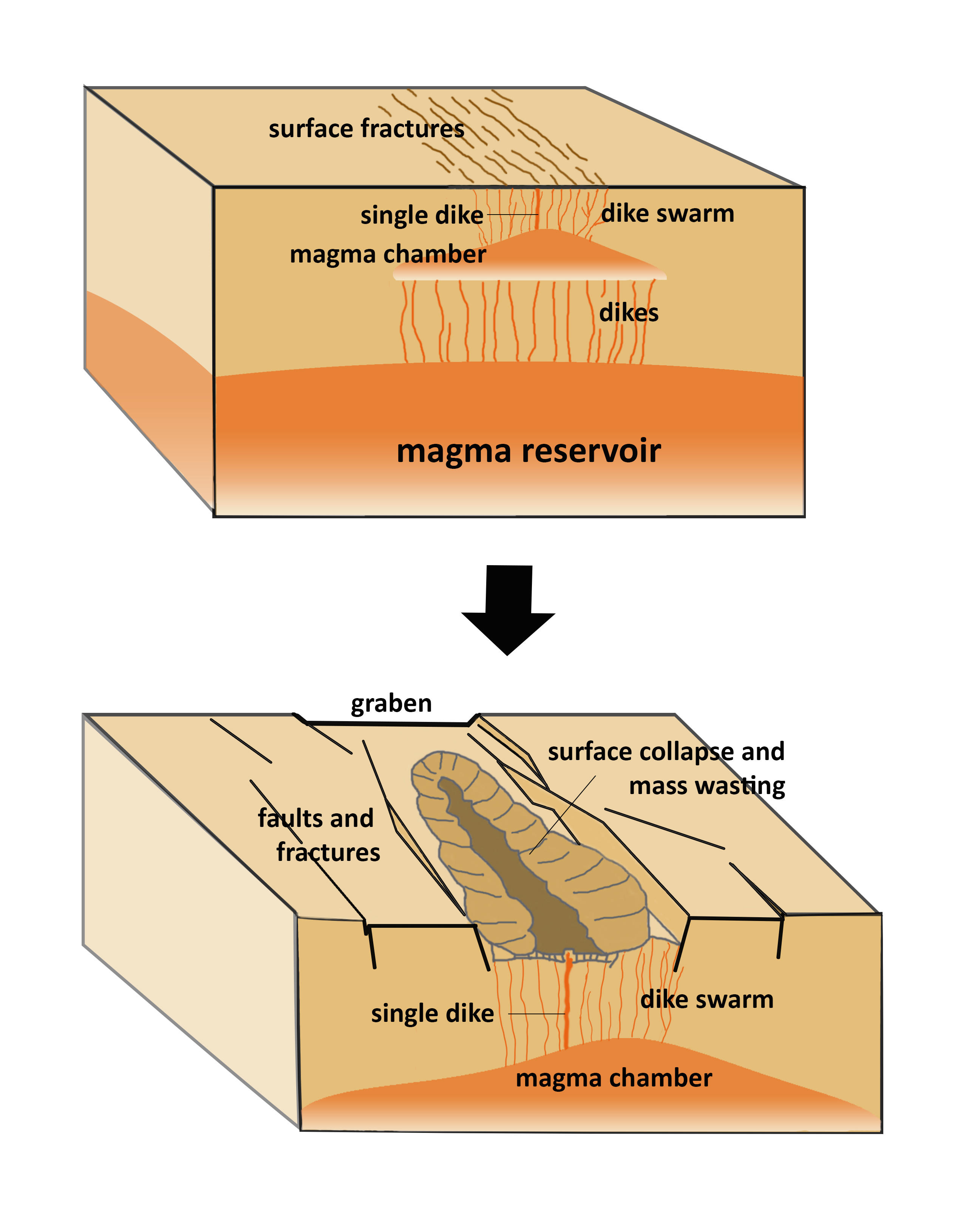 The images were acquired by the HRSC (High Resolution Stereo Camera) on 5 March 2017 during Mars Express Orbit 16688. The ground resolution is approximately 14 meters per pixel and the images are centered at 215° East and 28° South. The color image was created using data from the nadir channel, the field of view which is aligned perpendicular to the surface of Mars, and the color channels of the HRSC. The oblique perspective view was generated using data from the HRSC stereo channels. The anaglyph, which provides a three-dimensional view of the landscape when viewed using red-green or red-blue glasses, was derived from data acquired by the nadir channel and one stereo channel. The color-coded topographic view is based on a digital terrain model (DTM) of the region, from which the topography of the landscape can be derived. The reference body for the HRSC-DTM is a Mars equipotential surface (Areoid).