Biodiversity patterns of the Cambrian Explosion

This project aims at compiling and analyzing global biodiversity patterns of the Cambrian period using results from detailed field work in Kazakhstan and South China. 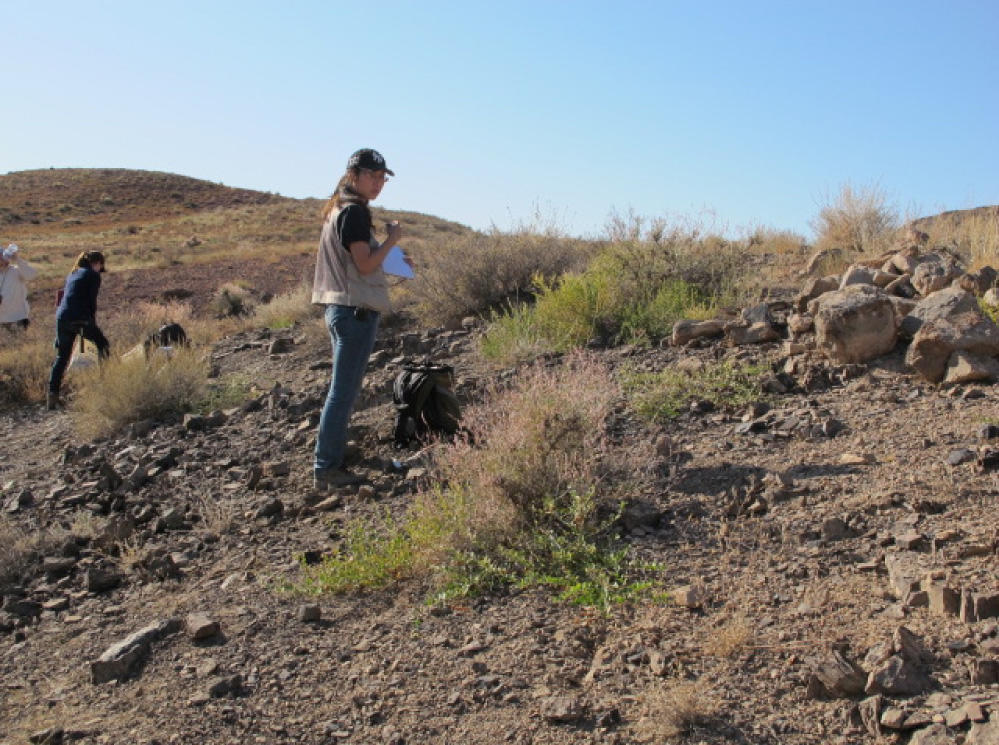 The Cambrian appearance of fossils has inspired hypotheses about biotic patterns of the Cambrian radiation on taxonomy, morphological disparity, and ecology. Most previous studies of disparity targeted lagerstätten with exceptional preservation, such as the Burgess Shale or Chengjiang. Patterns of diversity, however, are usually based on less well preserved sites and, in excluding stratigraphic singletons, they omit most of the information in lagerstätten. This is especially true for Sepkoski’s compendia on the stratigraphic ranges of fossil marine families and genera (Sepkoski, 1993; Sepkoski, 2002). According to Sepkoski’s genus compendium, diversity rose in a stepwise fashion from the Nemakit-Daldynian (now Fortunian) to the Botomian “stages”, whereas disparity (measured by the number of classes) reached its Cambrian acme already by the Atdabanian (Marshall, 2006). Thus the oft-observed pattern of disparity increase predating diversity rise (Foote, 1997)seems to be confirmed in the Cambrian radiation. All current analyses on Ediacaran -Cambrian biodiversity suffer from being based on raw data without sampling standardization. Because diversity is strongly dependent of sampling intensity and preservation quality, these raw patterns might not trace relevant biologic information.

New methods of sampling standardization will be applied to avoid sampling biases to affect the results. Patterns of alpha, beta and gamma diversity will be explored to assess the relative contribution of within assemblage diversity (alpha) versus between assemblage diversity (beta) to regional and global diversity (gamma). These patterns will be used to rigorously test hypotheses on causes of the Cambrian radiation. Potential links between origination and large-scale environmental parameters such as ecosystems, substrate, paleolatitude, and sedimentary environments will be used for testing hypotheses on the effects of nutrient delivery and escalation which are recurrent themes in explaining the causes of the Cambrian radiation. Field work will focus on earliest Cambrian SSF and macro-invertebrates in Kazakhstan and South China to elucidate patterns of Cambrian diversification. 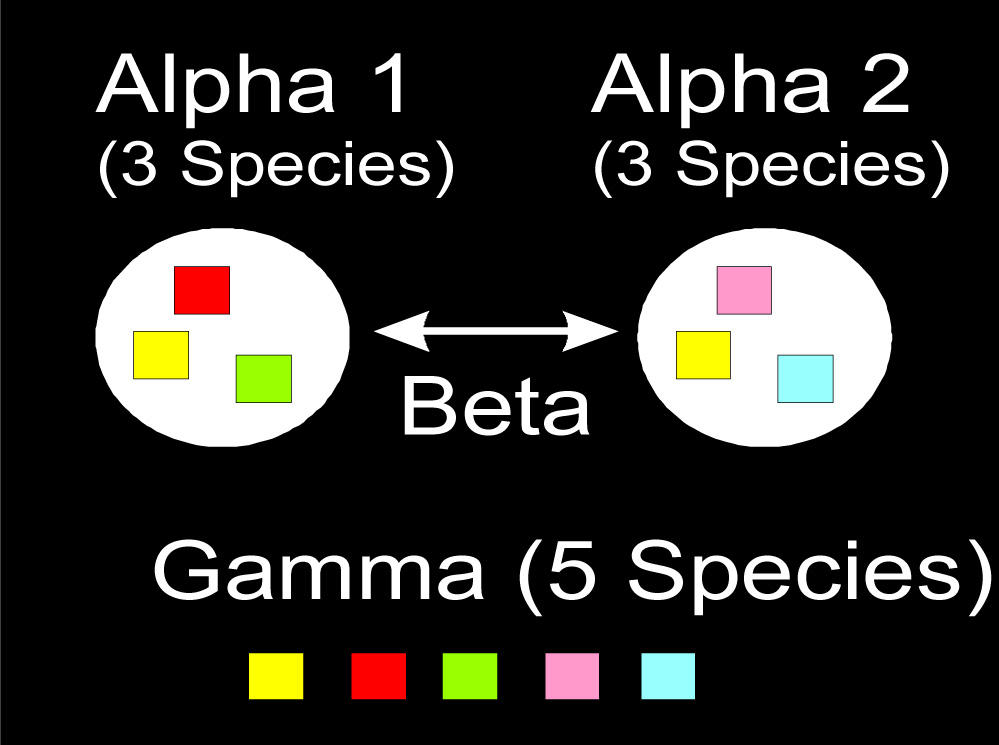 1. Between community (beta) diversity was a major trigger of global diversity:

Cambrian Radiation is due to increase in taxonomic differences among communities. 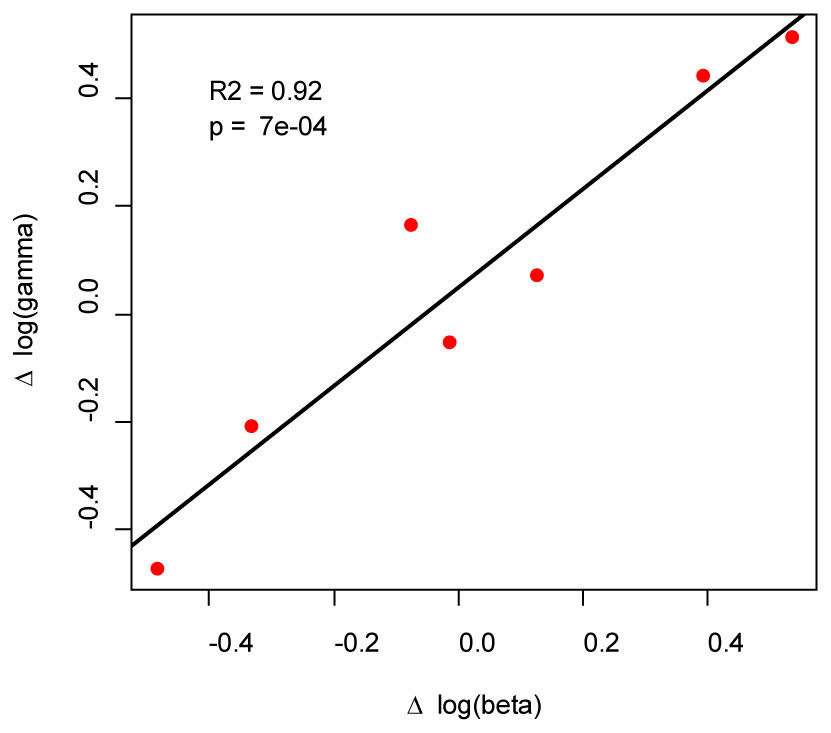 Correlation between changes in beta diversity and changes in gamma diversity. Beta diversity is an almost perfect predictor of global diversity, suggesting that increasing differences in the taxonomic composition of fossil assemblages were a major driver of the Cambrian diversity increase.
Kiessling and Na (unpublished)

2. Abrupt changes in ocean chemistry spurred diversification and facilitated the onset of biomineralization 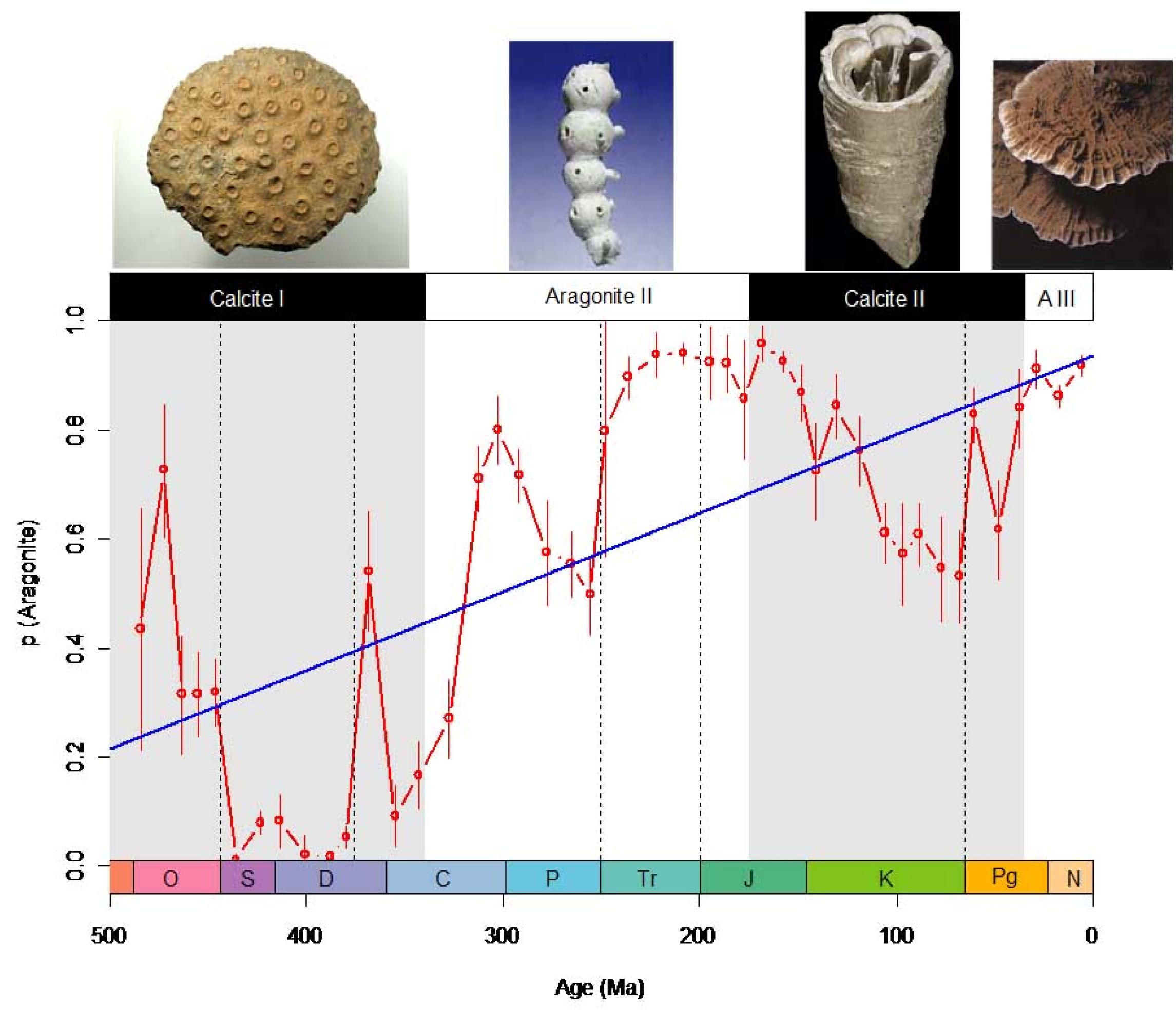 Proportional abundance (based on reef builders) of aragonitic invertebrate fossils through the Phanerozoic eon. Reef builders do seem to respond to changes in oceanic state at very long timescales.
Kiessling et al. (2008)

3. The Cambrian radiation was driven by nutrients and oxygen 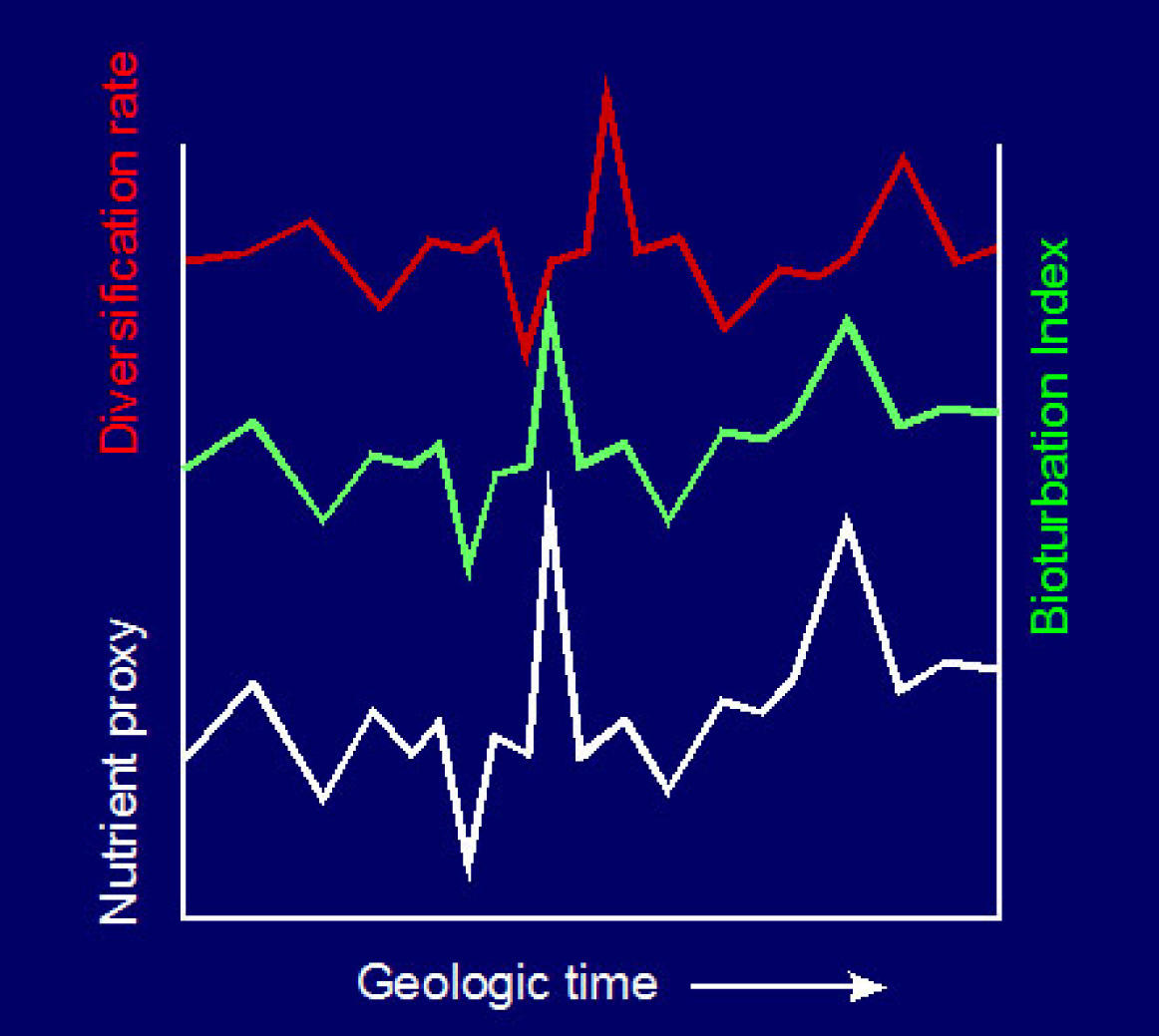 The role of nutrients and oxygen may have been more important for the energetic components of the cambrian "explosion" than for the diversification. But although it is unlikely that origination is positively influenced by nutrients, diversification may well be, because extinction risk is reduced in nutrient-rich environments.

Foote, M. 1997. The evolution of morphological diversity. Annual Review of Ecology and Systematics 28:129-152.