Information about the DSI

The Dynamic State Index (DSI) is being introduced on the basis of a newly developed theory termed the Energy-Vorticity Theory (EVT). As a weather index, the DSI can describe the temporal sequence and intensity of areas of high and low pressure; but as a climate index, it can also diagnose climate change based on the variation in solar radiation or the influences of friction. In physical terms, the index is a parameter that combines the retention of energy and the atmospheric vorticity with each other. If the index is at zero, the atmosphere is in a stable basic energy-vorticity state. The new idea is to determine the variability of the weather and the climate as deviations from this characteristic status. 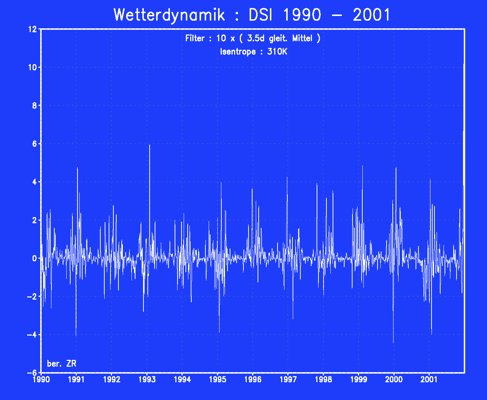 If the index is positive, the large-scale weather pattern is characterized by extended areas of high pressure. If, however, it takes on a negative value, atmospheric activity features mainly low-pressure vortices (cyclones) instead. Hot summers, such as that experienced in Europe in 1997, are characterized by especially low fluctuations in this index. 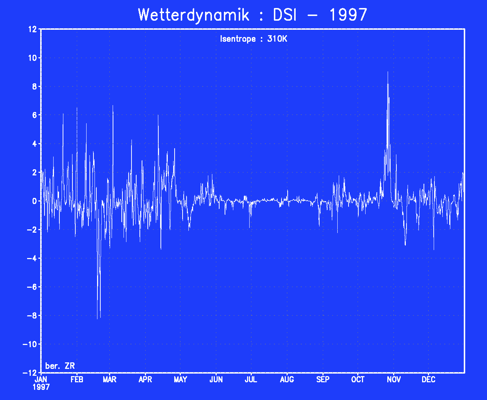 The dependency between the index and the large-scale weather patterns over Central Europe according to the classification proposed by Hess and Brezowsky makes clear the connection with the emergence of the weather systems. The spectrum of weather patterns shows a spectrum that is twice as broad under the influence of high pressure as is the case under cyclonal conditions. 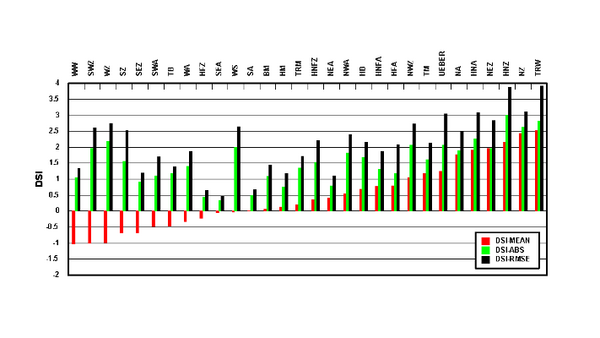 DSI – Correlations with Temperature and Precipitation

Of particular interest are the correlations between the index and the meteorological parameters, especially temperature and precipitation. These parameters naturally depend on the specific season of the year; for instance, during the spring, especially high average temperatures are observed in the area of the base state (DSI = 0). 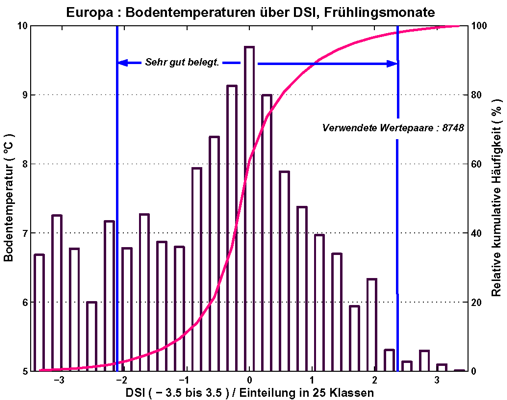 If, however, the index is correlated with precipitation, it is precisely the base energy-vorticity state that is characterized by low values over Central Europe. Here, we can clearly see the connection between precipitation activity and the intensity of the synoptic fluctuations, meaning the weather systems that are moving over the area. 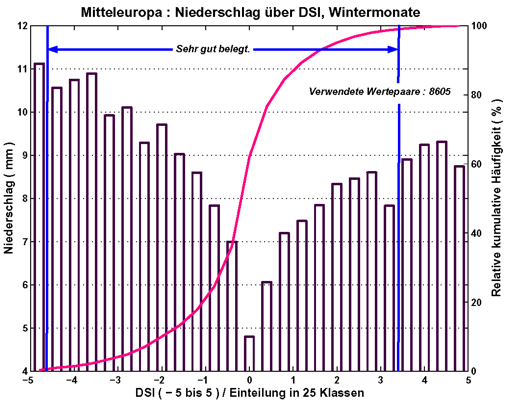 To follow the longer-term seasonal to annual variability of weather conditions, it is a good idea to average the index over time. This makes it clearer that, for instance, the winter of 1995–96 was characterized to a particular degree by long-lasting high pressure patterns. This situation resulted in a cold, extremely dry winter in Central Europe. 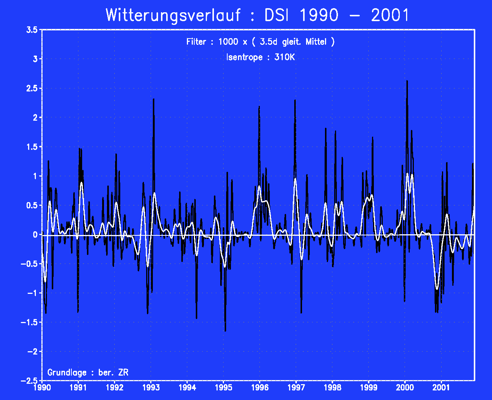 Averaged over time, positive values on the index show a strengthening, while negative values demonstrate a weakening, of circulation. Consistently positive values are seen over the warm water of the North Atlantic in particular. Here, circulation is stimulated by strong thermal flows in the atmosphere. 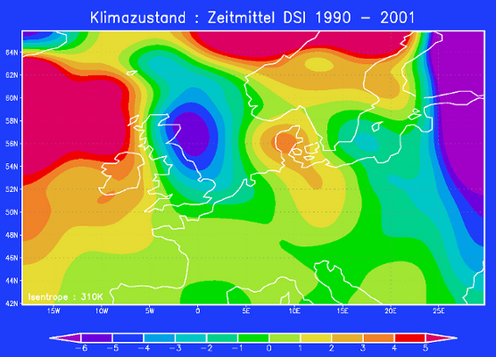