Inorganics in ocean worlds – a rocky interaction with water

When water interacts with rocks and minerals, it can leach inorganic compounds into solution. In the case of the Earth, for example, this results in the briny, salty, ocean. However, unlike on the Earth, where rain water running off the land is primarily responsible for the salinity of the sea, on ocean worlds such as Enceladus and Europa this is not the case. Instead, interaction between a subsurface ocean and the rocky core it surrounds, produces a salt-rich, briny, ocean within the bodies.

Until recently, such oceans were purely theoretical, the subjects of convincing hypotheses to explain Europa’s interaction with Jupiter’s magnetosphere, or the photometric colours of Saturn’s E ring. However, the Cassini spacecraft’s discovery of a large plume of vapour and ice grains emitting from fractures in Enceladus’ south polar terrain, and, importantly, that a fraction of the ice grains were salt-rich, has confirmed the presence of an extant subsurface ocean within the moon. 5-10 % of the emitted ice grains, including those which are salt-rich, are ejected fast enough from Enceladus, they can enter into orbit around Saturn itself, forming the planet’s large, diffuse, E ring.

The salt-rich grains produce impact ionisation mass spectra classified as Type 3 (Postberg et al. 2009, Postberg et al. 2011) – these have spectral features indicative of the presence of sodium and potassium chloride salts, as well as (hydrogen) carbonate salts (see Figure 1). By recreating the spectra in the laboratory, using different concentrations and mixtures of salts (as shown in Figure 2 for a solution typical of a theoretical ammonia-containing grain), the salinity of the grains, and perhaps of the Enceladean ocean itself, is estimated to be 0.05-0.2 mol/kg of water for NaCl, compared with that of NaCl in Earth’s oceans of ~0.6 mol/kg of water. The formation of particular peaks in the spectra (namely sodium hydroxide, NaOH, and clusters containing it), were found to indicate that the pH (acidity or alkalinity) of the ocean was likely to be alkaline, at around 9. 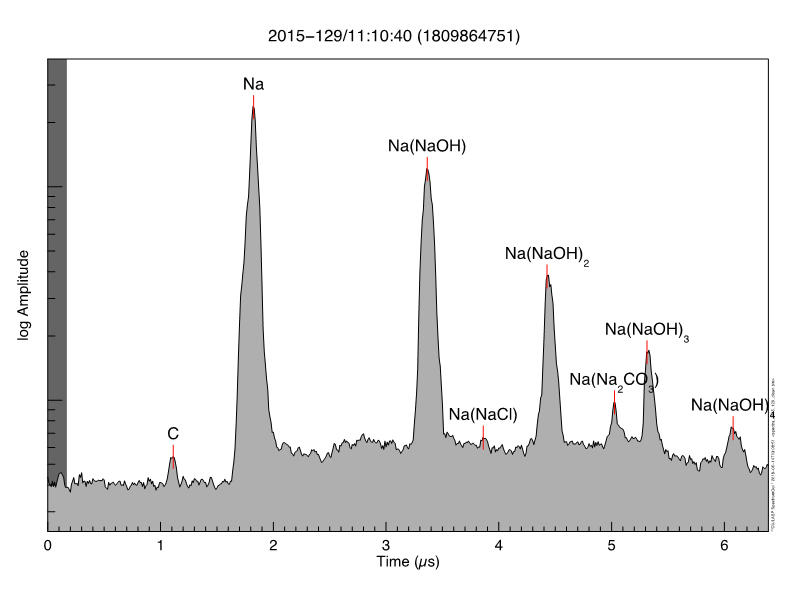 The basic, alkaline, nature of the Enceladean ocean, or at least a part of it, was further shown by the discovery of other inorganic compounds in cosmic dust grains originating from the small moon. Tiny nanometre-sized particles of pure silica (SiO2), originally embedded in E ring grains, which are freed as the ice sputters away, go on to become Saturnian stream particles (Hsu et al., 2015). The formation process of these tiny silica grains, from dissolved silica in the ocean water, occurs only under very specific conditions – temperatures above 50°C and a pH of 8.5-10.5 – typical of hydrothermal systems on Earth and providing another insight into the conditions within Enceladus. 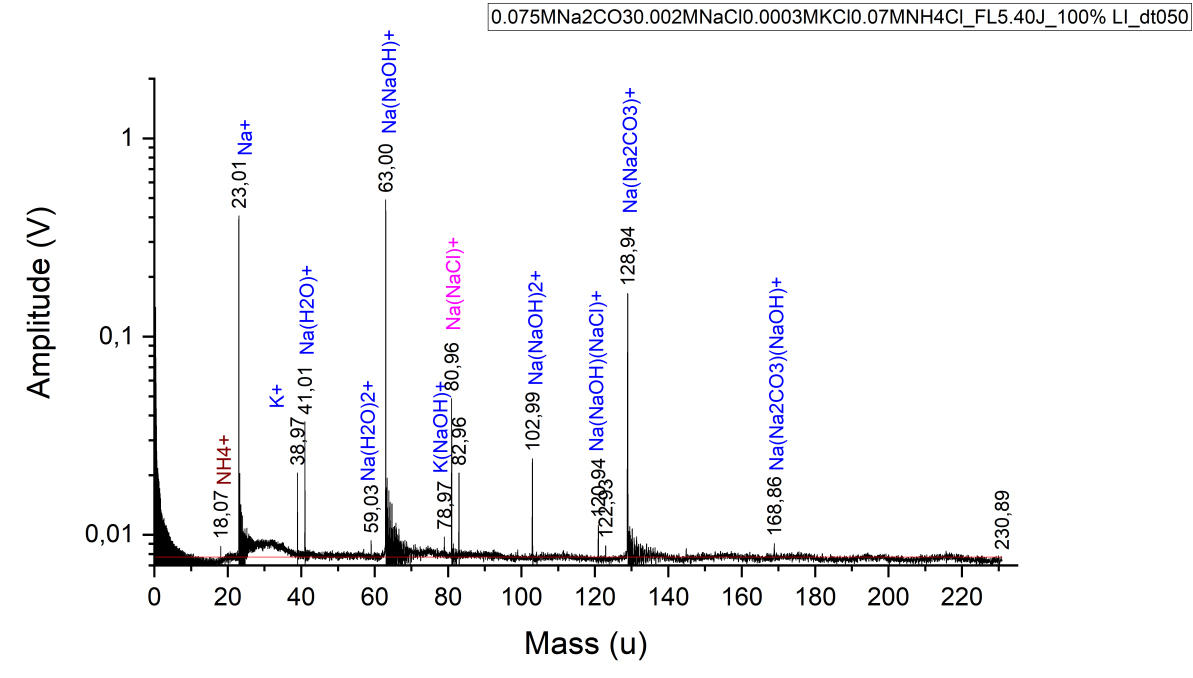 Measurements of just a few inorganic compounds within E ring grains have revealed an enormous amount about the warm, habitable conditions within Enceladus. Within Habitat-OASIS we want to find and identify the spectral signatures of other, geochemically-relevant compounds within the large dataset of mass spectra returned during Cassini’s 13 year journey through the Saturnian system. Identifying compounds such as the iron-rich minerals known to catalyse the formation of complex, biologically-relevant compounds on Earth, will provide yet more evidence that Enceladus is a truly welcoming place for the emergence or sustenance of life. To predict the appearance of such inorganic signatures, and understand the concentrations within the grains at which they can be detected, a comprehensive programme of analogue laboratory experiments is underway within the group.

The data from these analogue experiments will be used to predict, and subsequently interpret, the likely results from future missions to ocean worlds, such as those from the SUrface Dust Mass Analyzer (SUDA) instrument onboard the upcoming Europa Clipper mission to Jupiter’s moon Europa. Europa is also believed to possess an internal ocean, potentially containing more water than found in Earth’s oceans. This ocean is expected to be in contact with the rocky mantle of the moon’s core, potentially containing warm, hydrothermal systems similar to those on Earth and Enceladus, and conditions which will also allow the leaching of inorganic material into the ocean.