Mass spectra produced at our experimental facility are crucial for the compositional analysis of ice grains detected in space. With the first laboratory spectra recorded in 2012, the facility has been running for over 7 years, generating approximately 10.000 mass spectra. The huge range of mass spectra encompasses different analogue materials for icy grains as well as variations in instrument parameters that can be adjusted individually for each measurement. To facilitate the easy searching, access and extraction of spectra from this large and growing library, an internally accessible database (spectral reference library, Figure 1, 2) containing all recorded spectra has been created. The database enables selection of individual measurements not only by the chemical substance used and different experimental parameters, but also by individual mass lines (peaks) appearing in the mass spectra. It contains the originally recorded mass spectra files as well as the corresponding spectral images. All spectra obtained in the facility in the future will be incorporated into the database. 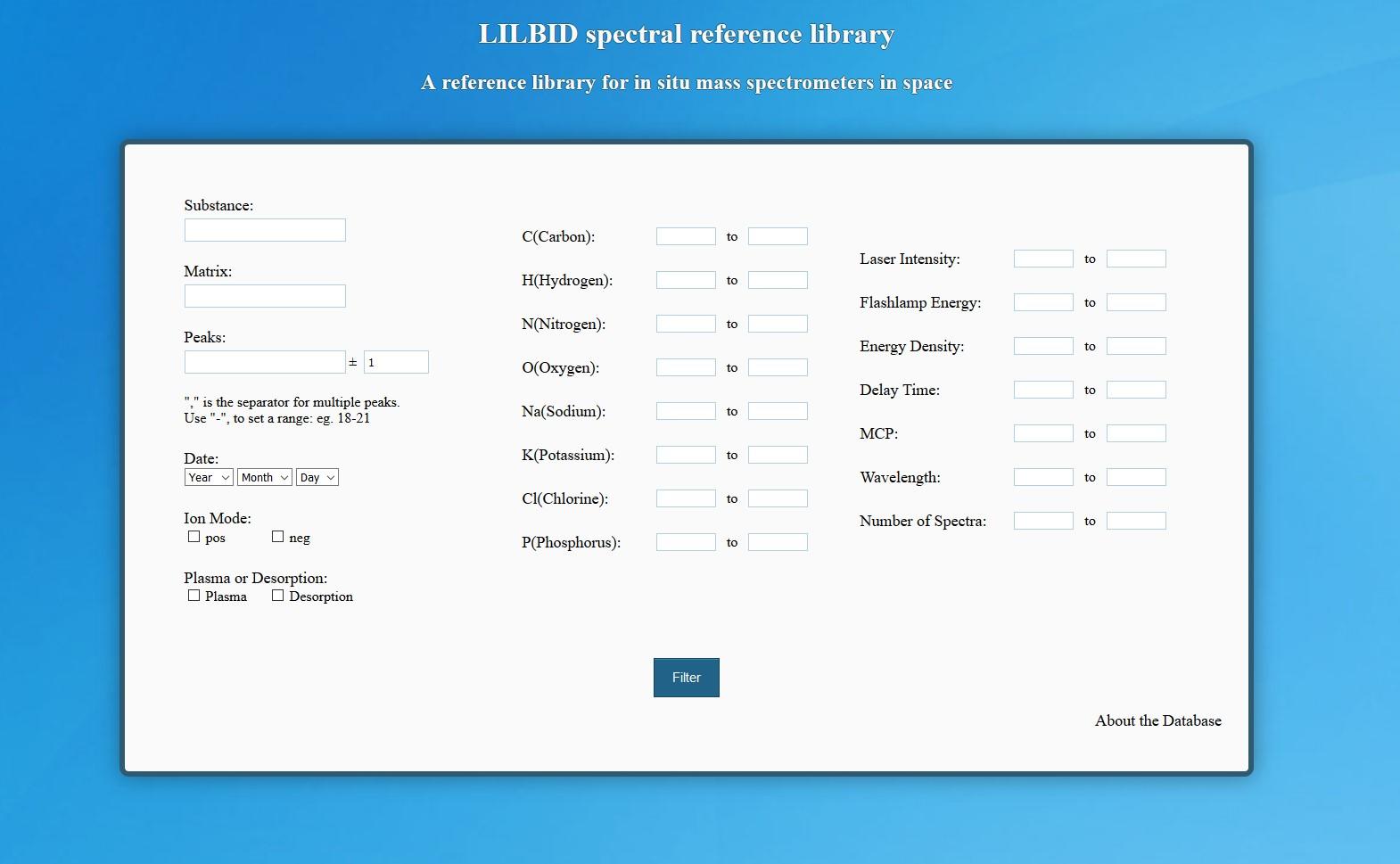 This relational database is based on Structured Query Language (SQL). Hypertext Markup Language (HTML), Cascading Style Sheets (CSS), and Hypertext Preprocessor (PHP) were used to create a graphical layout (interface). Scripts to clean the data and add them into the database are written in Python. 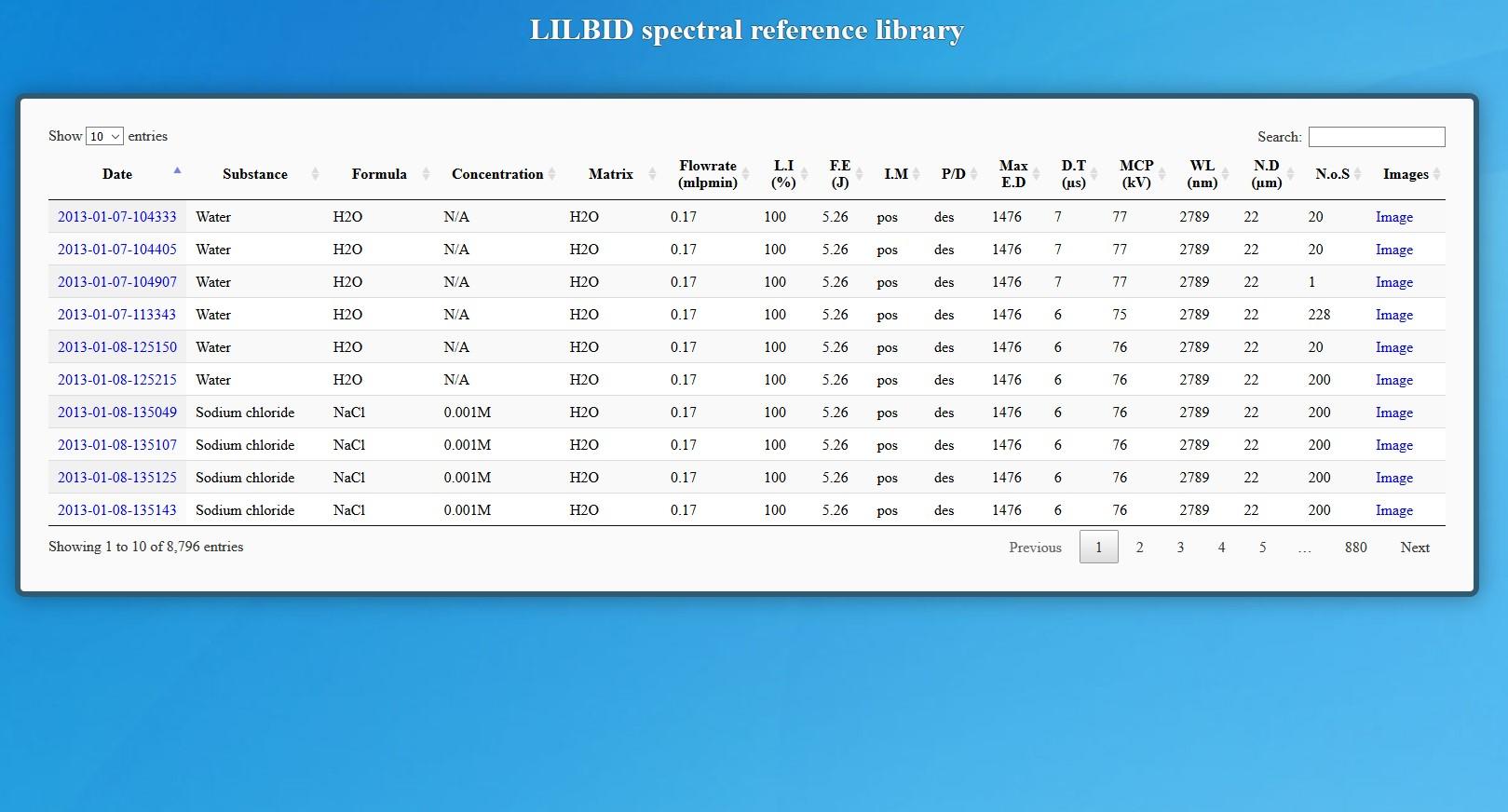