In the densely populated semiarid territory around Delhi, the water demand is rising continuously, while the surface- and groundwater resources are threatened by contamination and overexploitation. This is a typical scenario in many newly industrialising and developing countries, where new approaches for a responsible resources management have to be found. Riverbank Filtration (RBF) holds a great potential, thus being a low-tech method and benefiting from the storage and contaminant attenuation capacity of the natural soil/rock. For this project, three field sites have been constructed to investigate Riverbank Filtration in different environments in and around the mega city with a focus on inorganic contaminants (Figure 1). Hydraulic heads, temperature gradients and hydrochemistry of surface water and groundwater were analysed over the hydrological year. Depending on site-specific conditions, distinct hydrogeological conditions were observed and both positive and negative effects on water quality were identified. Most concerning are the impact of anthropogenic ammonia, the mixing with saline groundwater and the mobilisation of arsenic during the reductive dissolution of manganese and iron hydroxides. Positive aspects are the dilution of contaminants during the mixing of waters from different sources, the sorption of arsenic, denitrification, and the precipitation of fluoride under favourable conditions. Studies on the potential of bank filtration in Delhi, India are performed within the work package 5.2 of the TECHNEAU integrated project funded by the European Union. 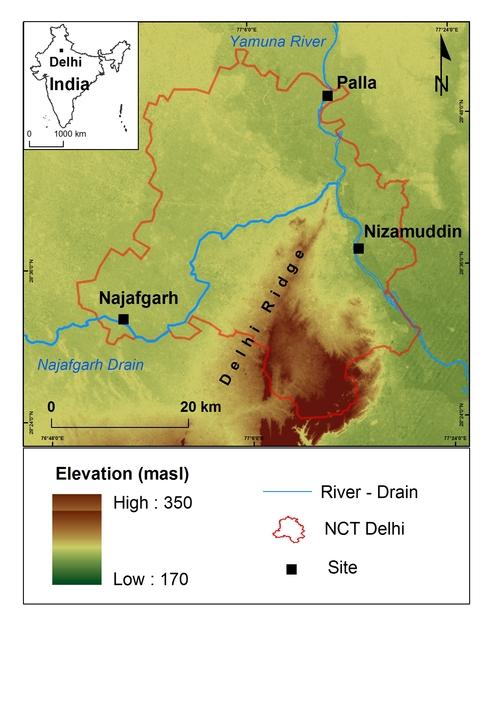