Institut für Geographische Wissenschaften
Fachrichtung Physische Geographie
Exc 264 TOPOI, The Formation and Transformation of Space and Knowledge in Ancient Civilizations, Area A, Research Group A-3, Projects A-3-2, A-3-5

The Iberian Peninsula constitutes an ideal research area for water management studies. Here, evidence of terrace structures dating as far back as the Bronze Age have been found in Upper Andalusia and elsewhere, suggesting that surface runoff was already being managed for agricultural purposes in prehistoric times. By antiquity, water distribution and (long-distance) transport measures had been implemented as a result of shifting cultural influences, thus allowing central places – up to and including urban settlements – to be established in the arid interior as well. Ground water has been systematically extracted since the Roman times, using not only wells, but also qanats. Furthermore, since Roman times, extensive aqueducts have been installed for long-distance transport of drinking water from mountainous regions with higher amounts of precipitation. With the Arab colonization of the Iberian Peninsula and the introduction of diverse water-consuming crops (e.g. citrus fruits, apricots, almonds, rice, etc.), the introduction of complex system of water management whose technical installations, fundamental legal framework and economic framework remain well documented to this day – at least for several regions on the Iberian Peninsula.

For this purpose, interactions of natural-environmental and socio-economic factors are comprehensively analyzed. This is undertaken to gain knowledge of the local historical development as well as technical and administrative water management strategies at the Vega of Vélez Blanco (SE Spain) and its rural hinterland. 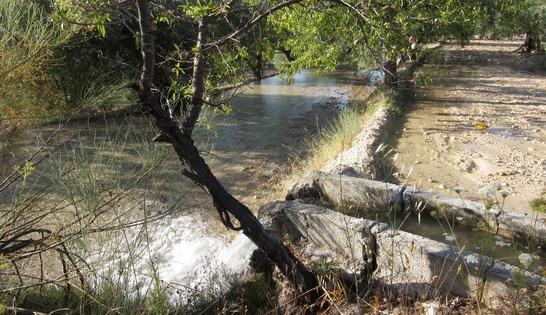 Typical canal in the Vega of Veléz Blanco. 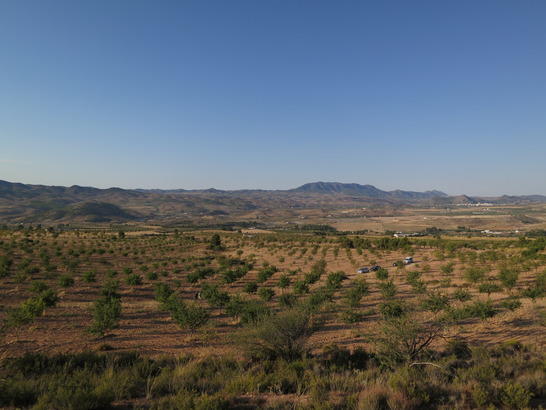