The city of Naga belonged to the Meroitic culture (ca. 300 BC – ca. 300 AD), which worshipped Egyptian gods but was also greatly shaped by African roots. Naga was one of the most complex ensembles in ancient Sudan. Its temples, and settlement areas, water reservoirs, and quarries constituted an urban area more than a square kilometer in extent. Naga lies some 150 km north of Khartoum in a tributary valley of the Nile, on the border between the Sahel and the Sahara.

Today this dry savannah region receives about 100 mm of precipitation a year. Did the landscape look different at that time from how it does now? Were there fluctuations in the amount of rainfall? What effects on climate may human activities have had?

Settlements, palaces, and temples were supplied with water by means of a complex system of storage basins (Hafirs) and their feed lines. Especially in the Hafirs, the geo-scientists found revealing sediments that can provide information on the natural conditions of an early past. How much rain had to fall to make this sophisticated irrigation system to function? And what other traditional techniques were available to enable survival in this inhospitable environment?

Our analyses revealed a slight change in the regional precipitation character particularly since the time when the ancient and now-abandoned settlement of Naga was founded, and the Meroitic engineers coped with the rare annual runoff events by building the “Great Hafir” of Naga, a convenient flood water-harvesting measure. We suggest that the abandonment of the city during the first centuries C.E. is associated with the decreased availability of surface runoff as a response to orbital forcing, at least as one of the causes. The regular summer rainy season by itself does not consecutively imply sufficient rainfall for (agri-)cultural needs because the sum of rainfall is not crucial, but its intensity. Effective precipitation and runoff are available in such arid environments only when a low-pressure system produces a convective storm with short and heavy rainfall.

Berking, Jonas, and Brigitta Schütt. 2011. “Geoarcheology and Chronostratigraphy in the Vicinity of Meroitic Naga in Northern Sudan - a Review.” ETopoi. Journal for Ancient Studies 1 (April). http://journal.topoi.org/index.php/etopoi/article/view/32. 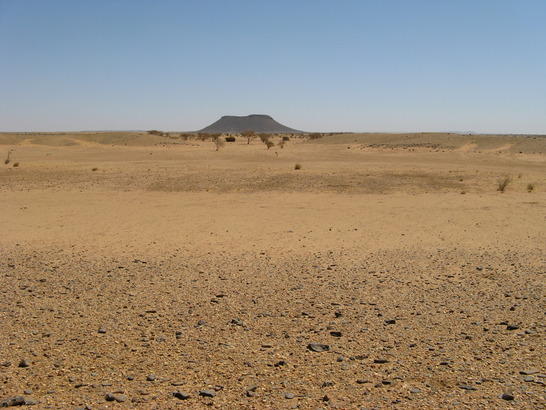 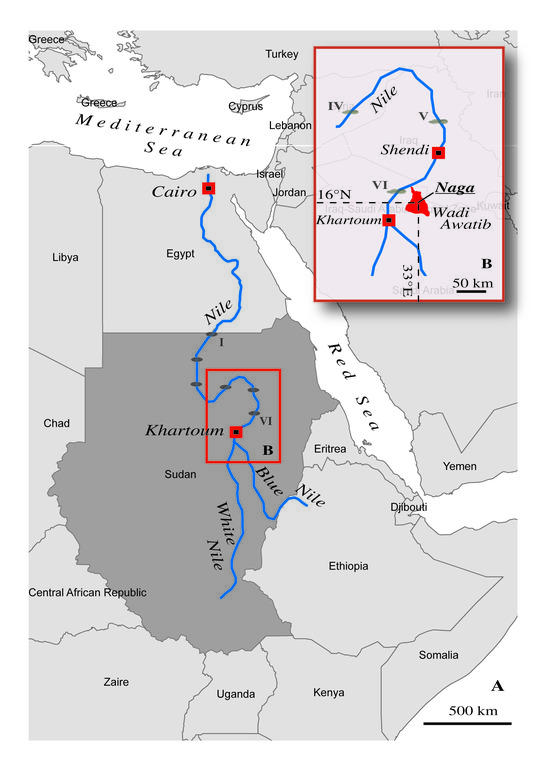 Location of the study site (B) within NE-Africa (A)