Tanks in the Dry Zone of Sri Lanka

The Physical Geography of Anuradhapura Hinterland

The island of Sri Lanka is located southeast of the Indian sub-continent and lies in the Indian Ocean. The relief of Sri Lanka is marked by its mountainous centre, the so-called Sri Lankan Highlands with elevations up to 2500 m asl, and the surrounding flat coastal plains.

Accordingly, the topography is generally subdivided into three elevation classes: the up country, the mid country and the low country (DENT and GOONEWARDENE, 1993). Anuradhapura (8°21’ N, 80°23’ O; 89 m asl), the core area of this project, is located in the North Central Province and situated along the banks of the Malwatu Oya River, a tributary of the Aruvi Aru River, whose catchment covers an area of 3169 km2.

Local climate corresponds to an As (tropical savanna) climate according to the Köppen-Geiger classification (Kottek et al.2006). Annual evaporation totals 1,290 mm and thus exceeds average annual rainfall, leading to water stress during the year (Panabokke et al. 2002); watershortages predominantly occur during the dry period from June to August. The rainfall pattern in Sri Lanka is generally determined by the topography and by two monsoonal periods. The central highlands of Sri Lanka build an orographic barrier for the south­west monsoon (May-September) bringing rainfall to the southwestern part of the island and to the windward facing parts of the highland. The northeast mon­soon (December-February) provides the northeast-exposed slopes of the highlands and the eastern parts of Sri Lanka with precipitation.

Due to the location in the north-central part of Sri Lanka the spatial and temporal rainfall pattern in the study area does not show a strong connection to the monsoonal periods. Rainfall occurs mainly in the intermonsoonal periods during the short rainy season from March to May and a main rainy season from October to November (Domrös and Ranatunge 1993). At Anuradhapura weather station, the annual average temperature for the period of 1960-1990 is 27.1°C, and annual rainfall averages 1198 mm (FAOCLIM 2001). 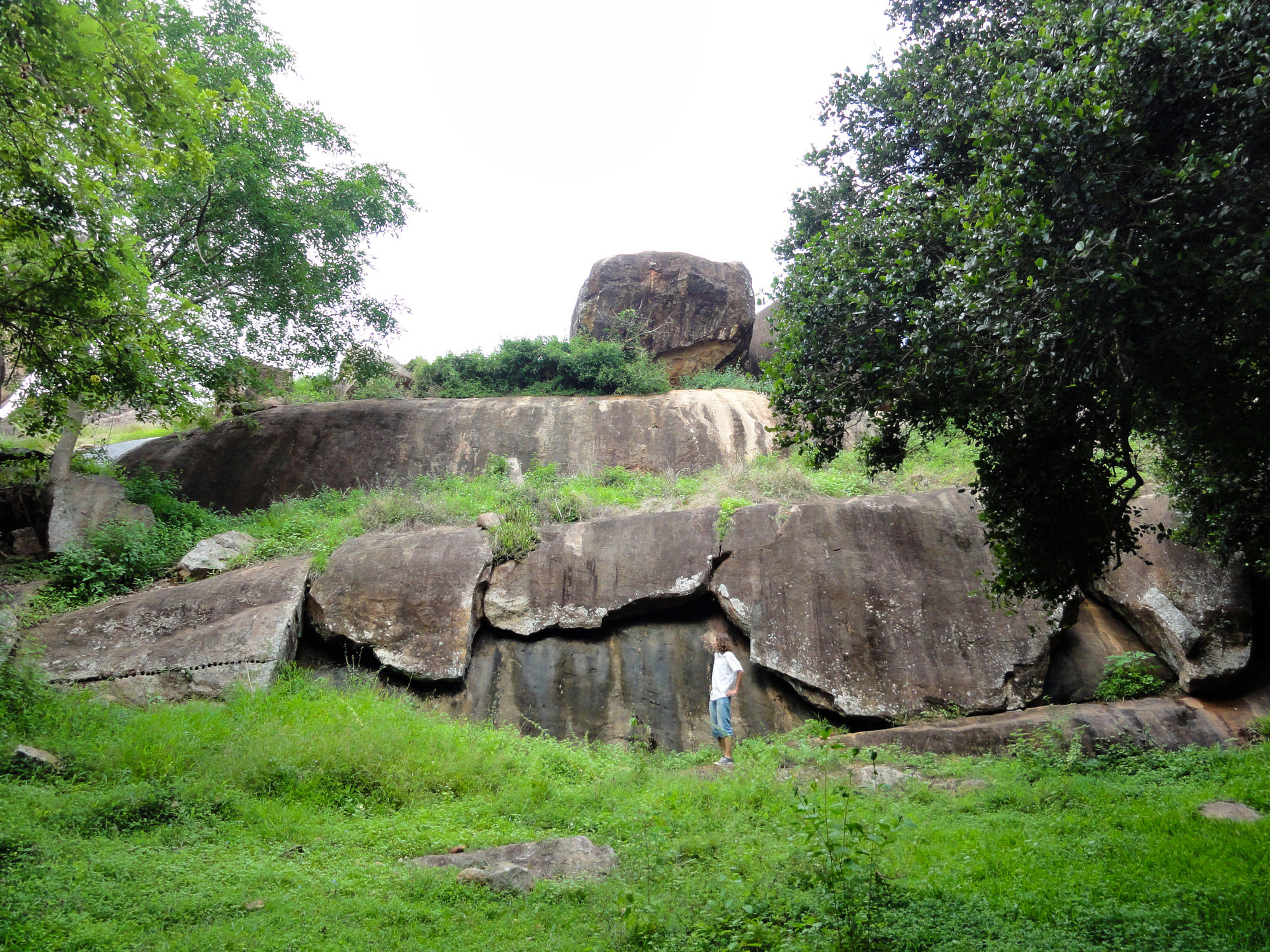 Image: Exfoliation of granitic gneiss at a small inselberg.

Geologically the area is almost completely built of Precambrian crystalline rocks, mainly consisting of granitic gneisses and quartzites (Sri Lanka Survey Department 1988). In the metamorphic rock region of the Anuradhapura area, the groundwater is stored in two different rock zones, namely the weathered rock zone (regolith) and the deeper zone of the unweathered basement. Whereas the regolith aquifer is shallow and usually located at 2-10 m depth, the groundwater of the deep fracture zone is found at various depths of more than 30 m (Panabokke and Perera 2005).