Tanks in the Dry Zone of Sri Lanka

The history of the Anuradhapura hinterland

The ancient city of Anuradhapura is one of the most important archaeological sites in the cultural landscape of Sri Lanka. According to historical records, Anuradhapura was the capital of the ancient Ceylonese kings from the 5th century BC until the 11th century AD. After the abandonment of the flourishing metropolis in 1073, its numerous palaces, monasteries, stupas and temples were overgrown by the jungle and it was the 20th century before some of them were superficially uncovered again.

Archaeological evidence indicates the appearance of early modern humans in Sri Lanka about 130,000 years ago. One of the most important archaeological sites in the cultural landscape of Sri Lanka is the ancient city of Anuradhapura, situated in the Dry Zone lowlands of the country. The first appearance of human settlements in Anuradhapura dates back to the prehistoric Stone Age. Archaeological excavations carried out at the Anuradhapura Citadel revealed prehistoric artefacts, comprised of stone tools, which have been dated to around 5850 cal BP. In other such sites like the Anuradhapura Jethavana monastery and the Vessagiriya cave site, numerous artefacts have been excavated documenting human settlement in prehistoric times (Deraniyagala, 1998).

From an Early Iron Age settlement to a medieval metropolis

Iron technology was introduced to Anuradhapura in about 950 BCE. Archaeological findings show that Early Iron Age people in Anuradhapura used iron, horses and pottery, and also conducted small-scale agriculture. Initial Early Iron Age settlement in the Anuradhapura Citadel area is estimated to have covered up to 10 hectares in 900 to 800 BCE, extending to at least 50 hectares by 700 to 600 BCE.

The ancient road system of Anuradhapura 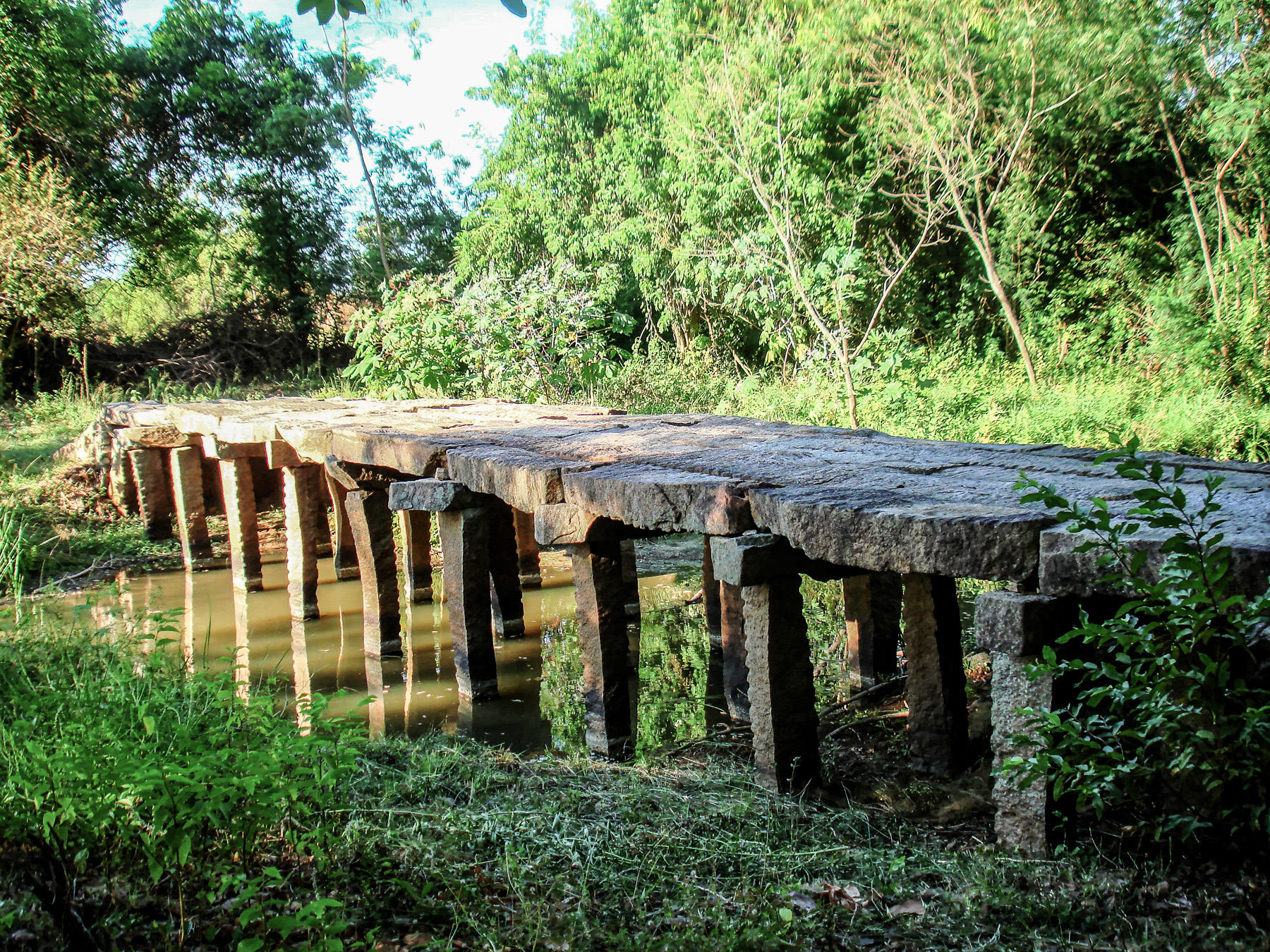 The road system of Anuradhapura was aligned in an orthogonal way, with four major roads connecting the city with Jambukola (Jaffna), Mantai (Manner), the central highlands and Trincomalee. One of the preserved remnants of this road is an ancient stone bridge crossing the Malwathu Oya north of the city. It is aligned with the road towards the ancient seaport of Mantai on the northwest coast. Mantai functioned as the main port of the ancient Anuradhapura settlement. From the eastern gate, a road connected Anuradhapura probably with the east coast, where Seruwila was located, one of the main resource areas for copper and iron in historical times. Further remnants of stone bridges are preserved at the Malwatu Oya east of the ancient city, close to Kanadarawa wewa and in the catchment of Yan Oya, all documenting the course of the route connecting Anuradhapura with the east coast.

A religious and political centre: the capital of the Anuradhapura Kingdom 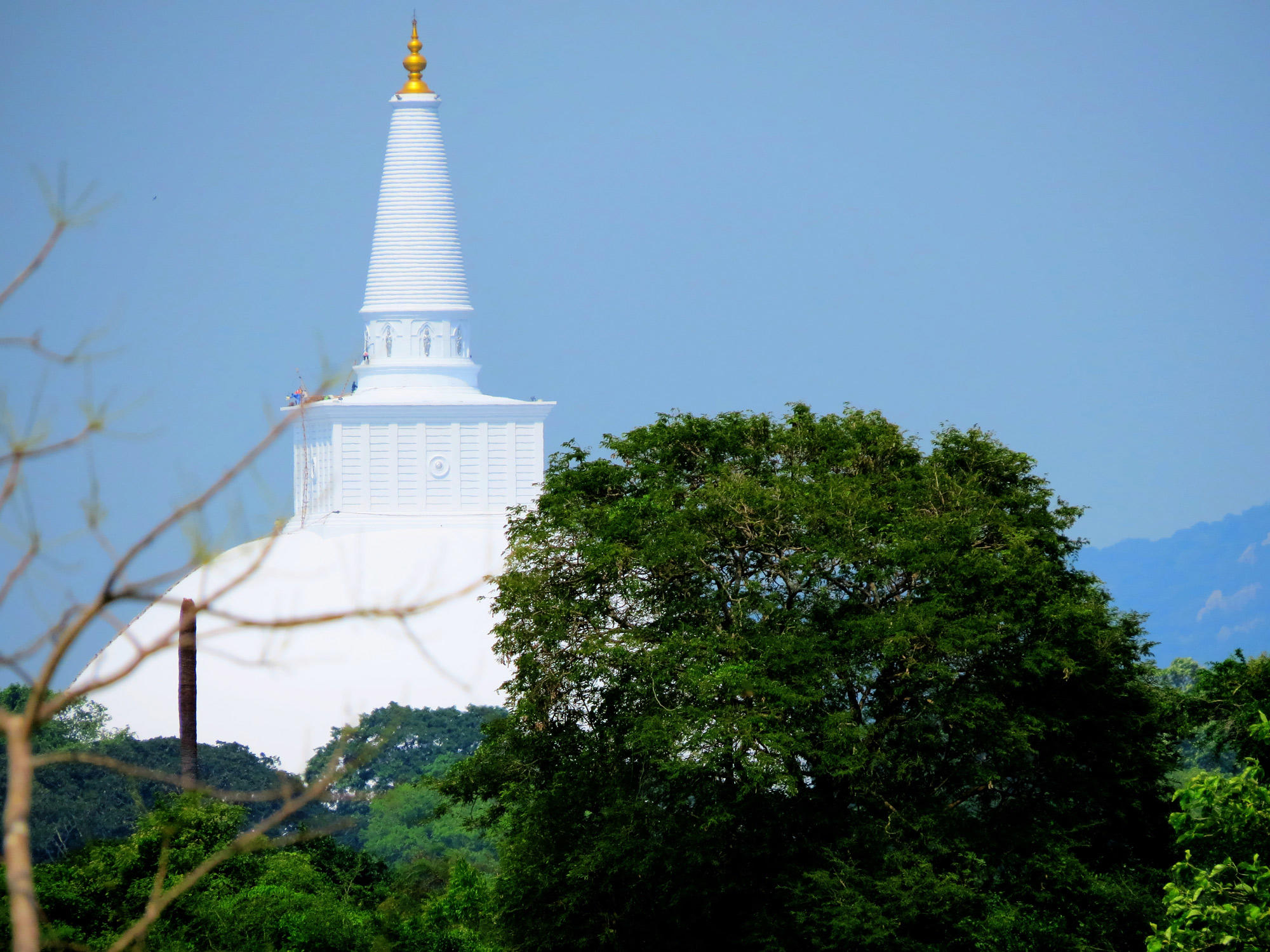 Buddhism was introduced in ancient Sri Lanka in the 3rd century BCE. Thereafter, in line with the introduction of Buddhism, the landscape was directly influenced by North Indian architectural and town planning concepts. In the following centuries, with the establishment of Buddhism, major monasteries were constructed, encircling the ancient fortified city centre, the so-called Citadel. Soon Anuradhapura developed into a complete city with a centralized administration and the power to control outside resource areas. Furthermore, the Dry Zone civilization began to flourish in a structured society with industries and irrigation agriculture, as well as the infrastructure for its development.

During the Upper Early Historic Period (100–300 CE) Anuradhapura developed rapidly to become the main cultural and economic hub of ancient Sri Lanka. The people of Anuradhapura had strong trade networks and cultural associations. In the Middle Historic times (300–1200 CE), a second ring of monasteries was constructed in the outer periphery of the suburbs of Anuradhapura. During 7th and 8th centuries CE a different monastery type was added to the western city boundary, completing the monastic developments in the area. Altogether there are 14 of these monasteries called Padanagara parivena (Mahavamsa XXXVI/105; Culavamsa XLVI/11; EZ. III, 277) or meditation monasteries. The most prominent preserved archaeological features visible in the landscape today are e.g. the great stupas. Their construction dates to this late phase of city development.

The abandonment of Anuradhapura

After an invasion in 1077 CE (Chulawamsa, 1953, lviii) Anuradhapura was left abandoned and the capital was shifted to the city of Polonnaruwa (c. 30 km east of Anuradhapura). The irrigation landscape achieved its maximum extent during the Polonnaruwa kingdom. In the mid-13th century CE Polonnaruwa collapsed due to South Indian invasions. The kingdom was moved to the intermediate and wet zones of the country and the irrigation civilization was abandoned. Thereafter, its numerous palaces, monasteries, stupas and temples were overgrown by the jungle. At the beginning of the 20th century archaeological research on the reconstruction of the history of the city began and restoration work was undertaken.