Joint "summer School" field workshops were held in 2009, 2010, and in 2011 to the following topics of the Forschergruppe interest:

June 2010: "Ecological evolution of eastern peri-Gondwana terrains: A view at the "other side" of the Precambrian-Cambrian boundary"

We are grateful for financial support by our sponsors DAAD (funding the "Ph.D.-Net" in 2009 and 2010), the Center for International Cooperation (CIC; funded by Exzellenzmittel), the Fachbereich Geowissenschaften and the Institut of Geological Sciences, all three of the Freie Universität Berlin.

Most of all, the summer schools would not have been possible without the idealistic and unpaid efforts of numerous volunteers. All of them be thanked !

Summer School participants 2009 at the bridge crossing the Altmühl River in Eichstätt. The winding course of the Altmühl traverses the lagoons and creates steep slopes with excellent outcrops.

Summer School particpants 2010 in front of Sanssouci Castle in Potsdam. 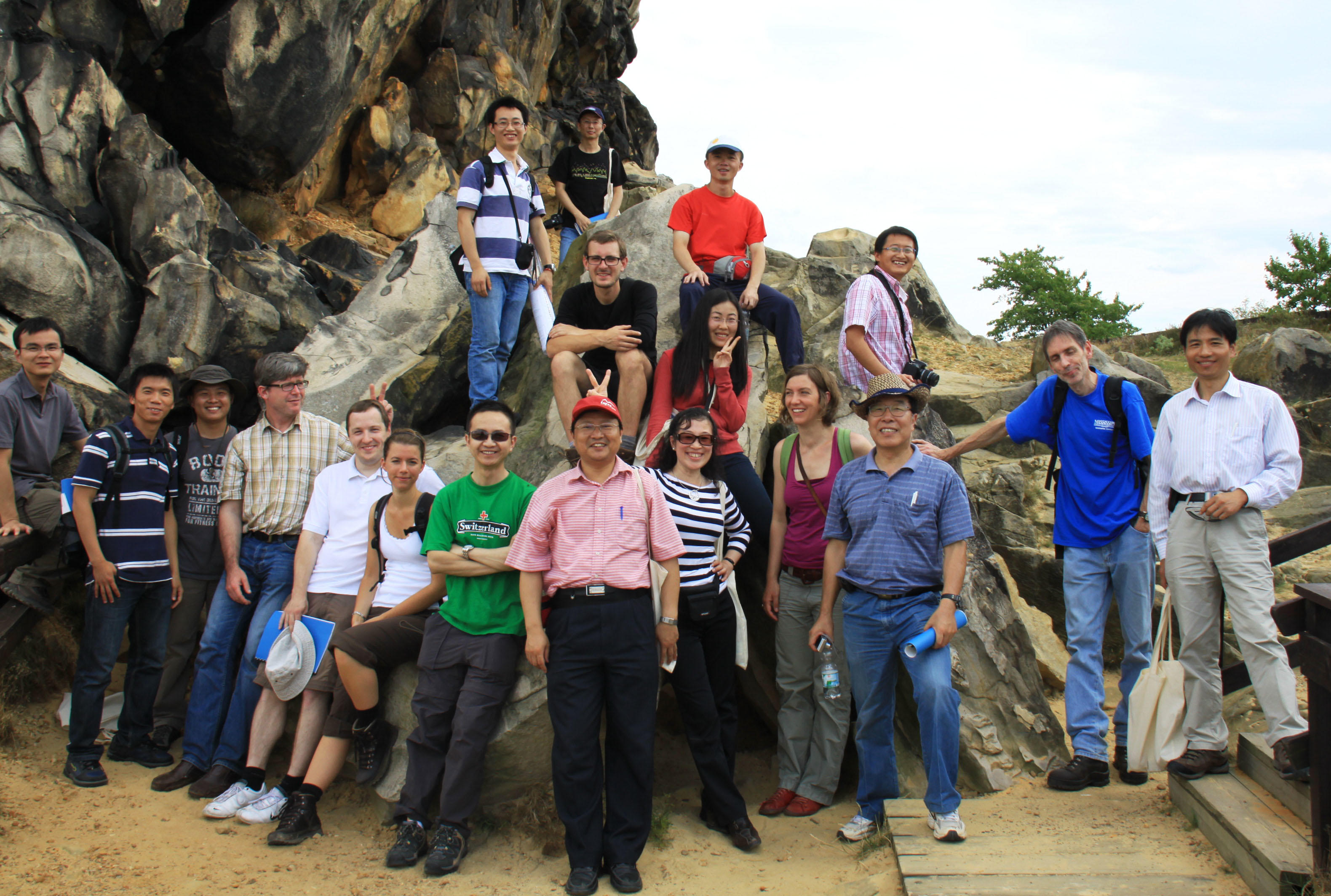 Summer school participants 2011 in front of the "Teufelsmauer" (Harz).