The Botanic Garden in Berlin is a good example to investigate the Park Cool Island Effect, which is the opposite of the urban heat island. Since 1997 there are meteorological Stations to measure temperature an humidity. Moreover the urban climate research group has other stations to examine the effects of extended cultivation and watering.

An overview of the Botanic Garden in Berlin and his measuring stations gives the following figure: 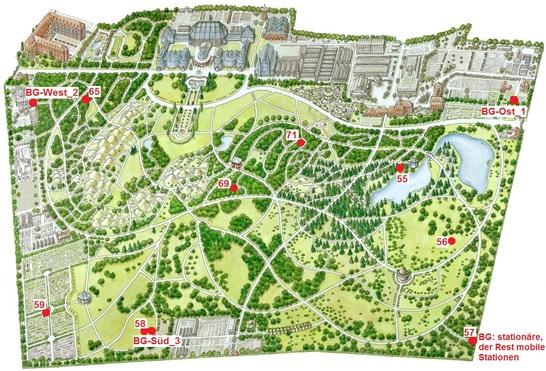 There are permanent stations (BG) to get continuous datat sets as well as mobile stations which measured for one year from april 2013 to april 2014.