Some other useful GIS Products

The urban climate working group has developed categorized land use maps of Berlin and its surrounding areas. The land use has been categorized into eight different categories. 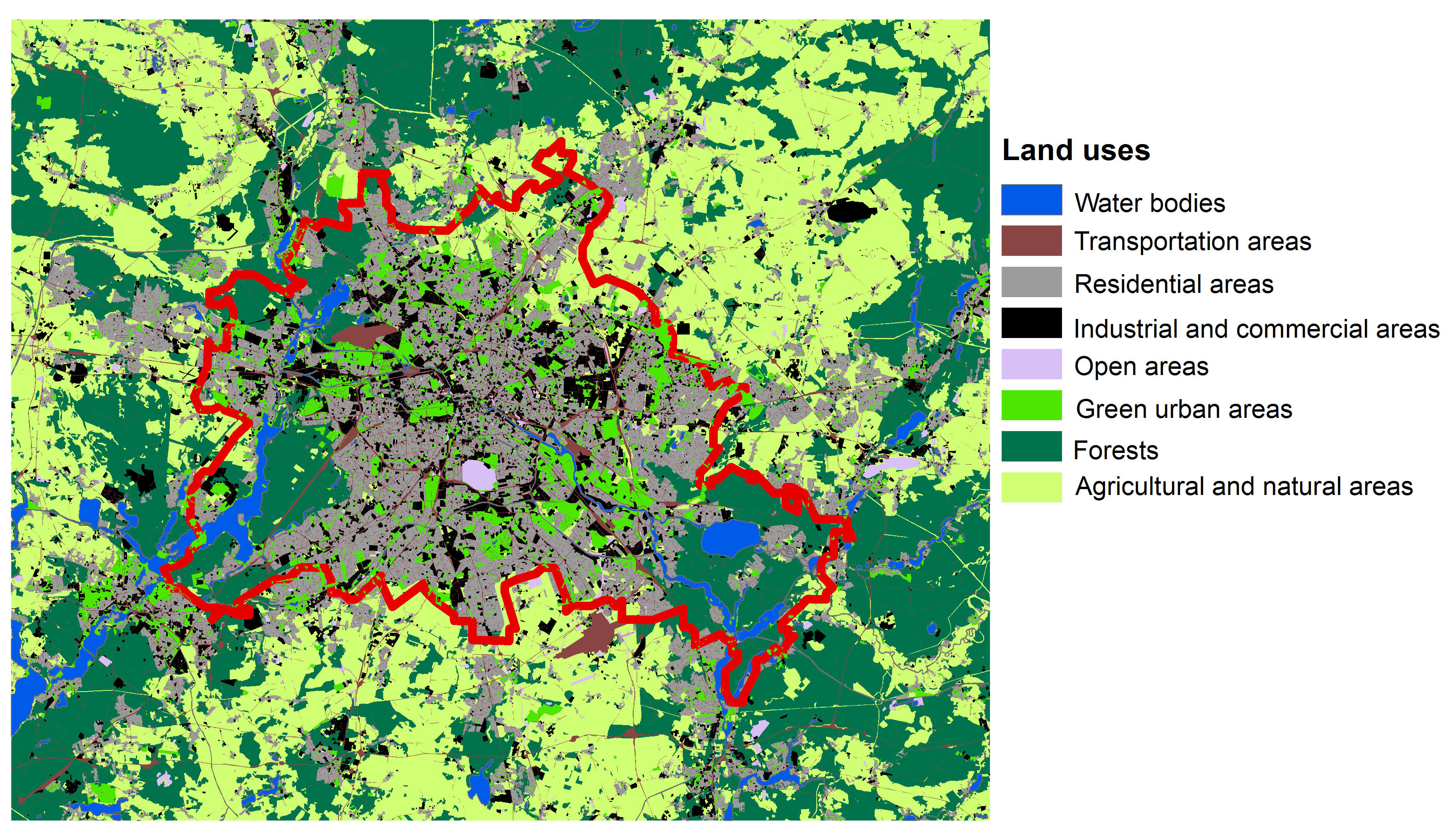 This categorized map has been extracted from the land use map developed by the European Environmental Agency.

The roughness map of Berlin (buffer radii: 50m) has been calculated by the urban climate working group for the built-up areas in Berlin (see the following figure). Berlin's built-up area map, developed by the Senate Department for Urban Development and the Environment, has been employed for the calculation of the roughness map. 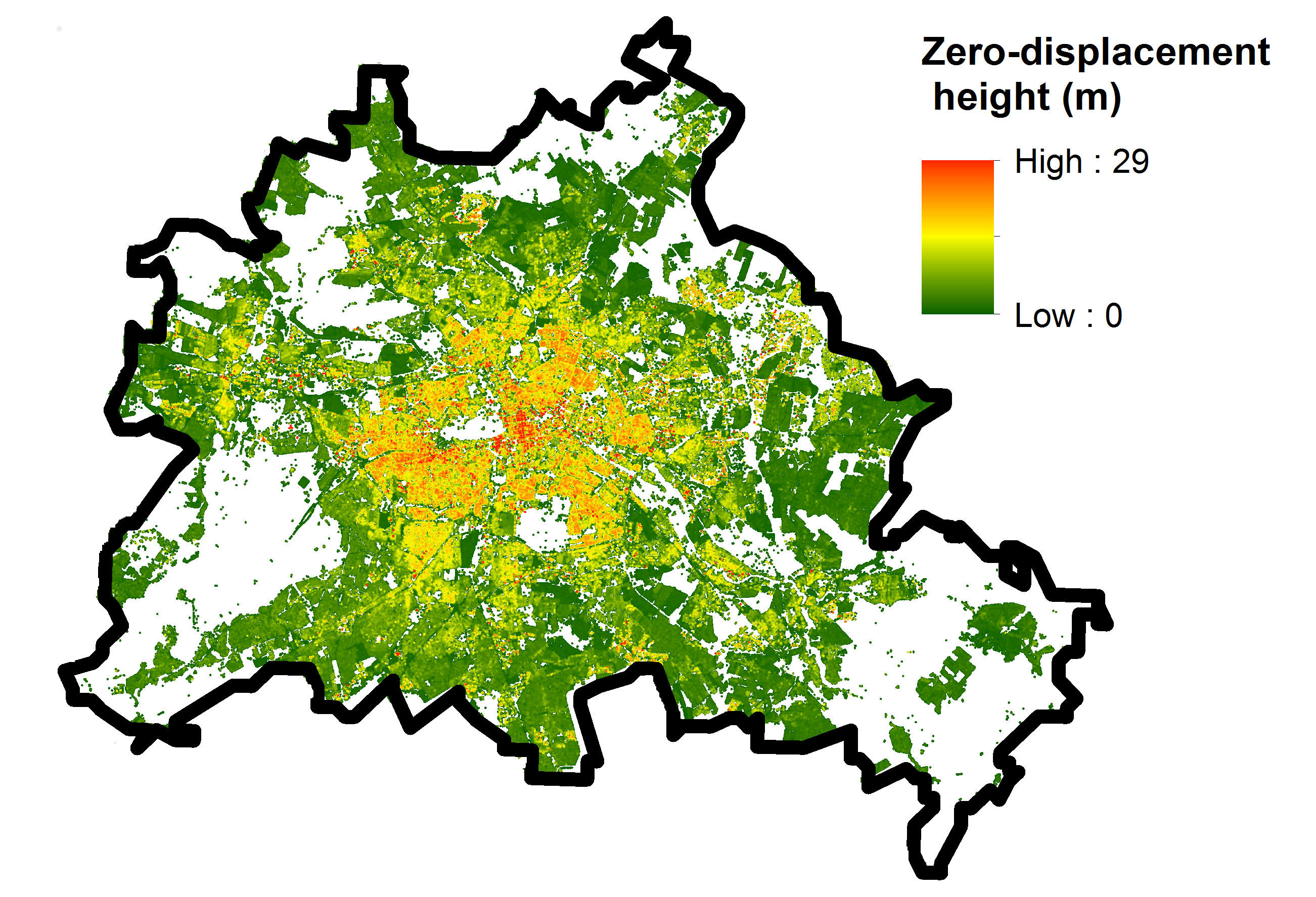 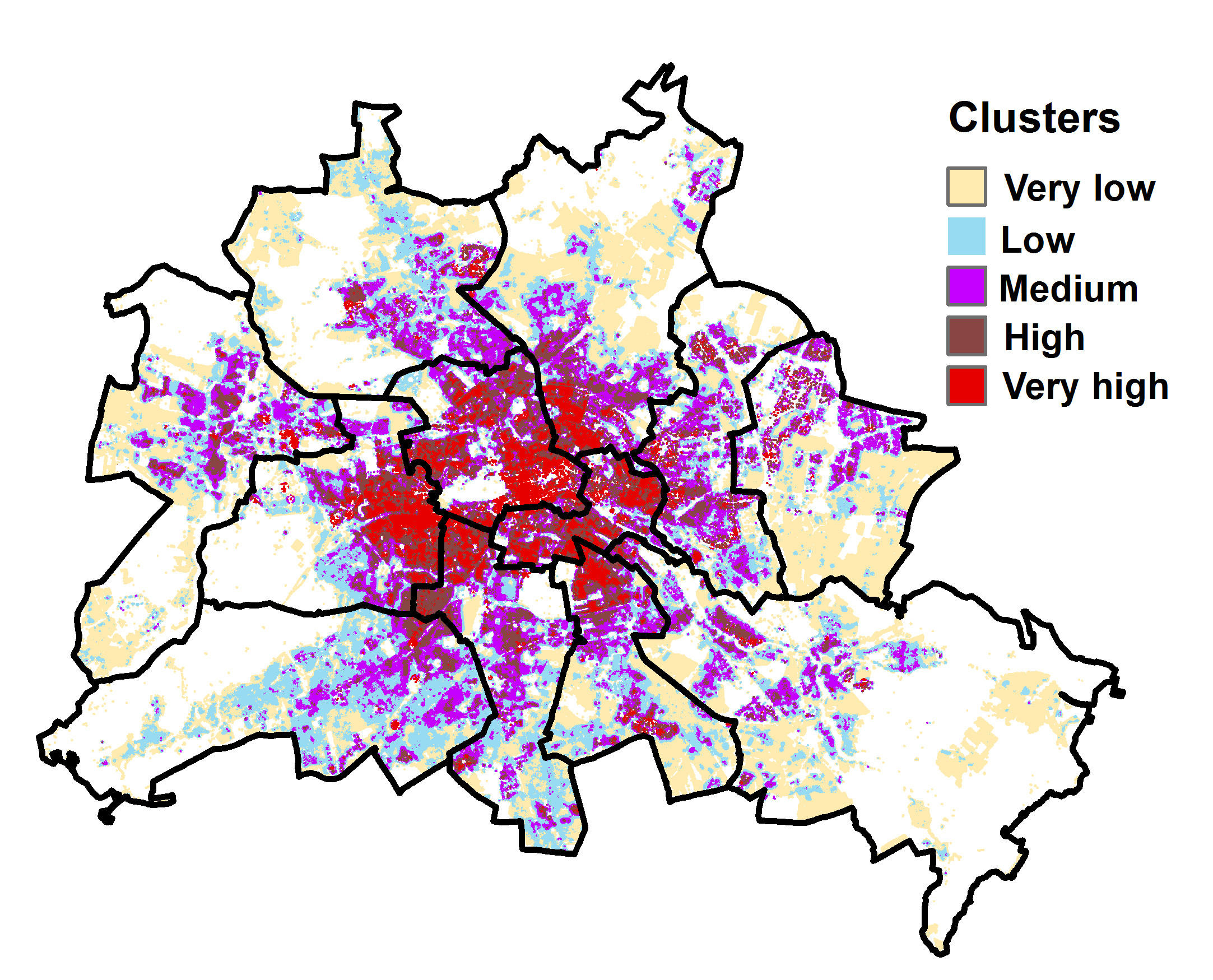 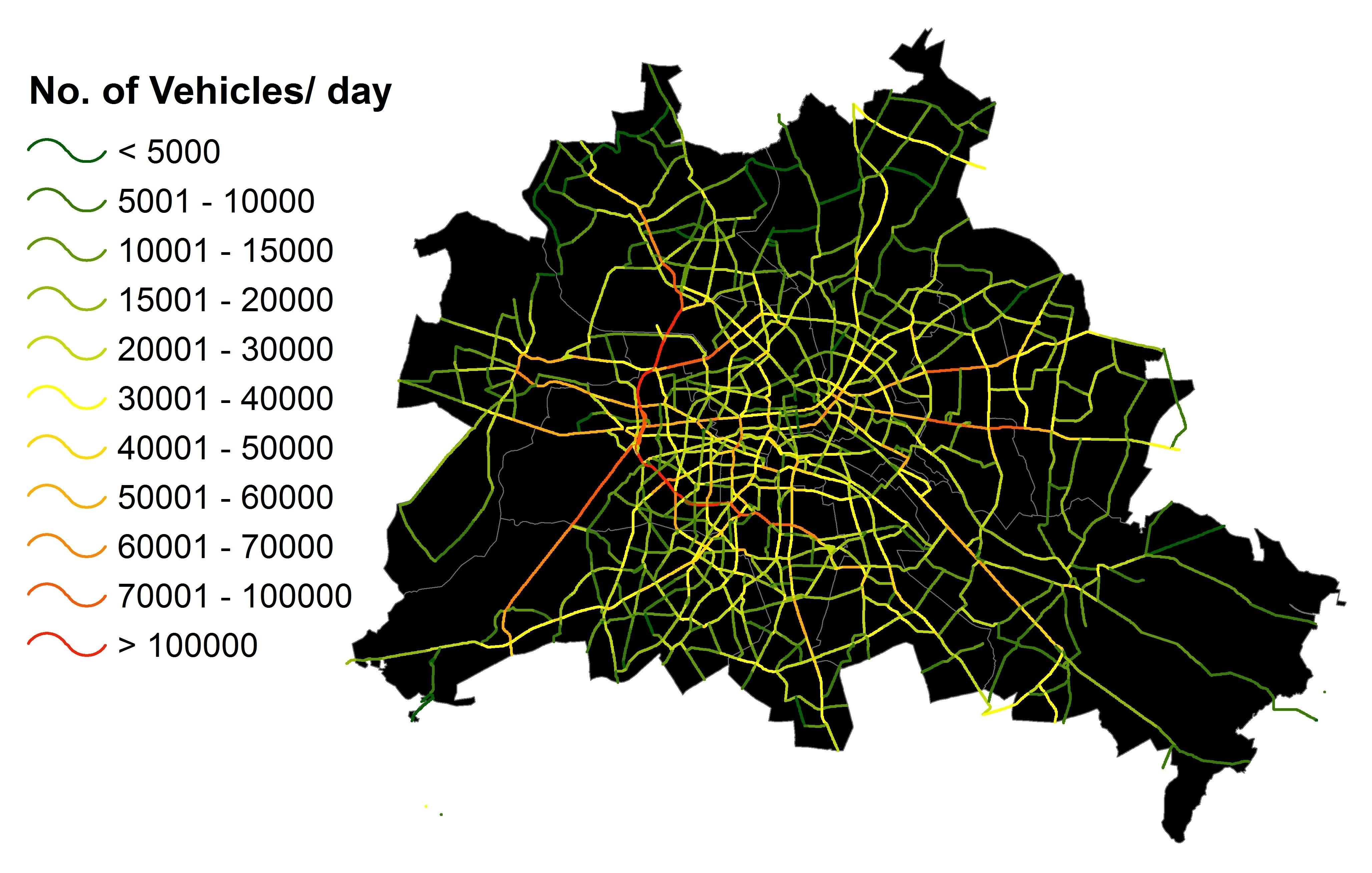 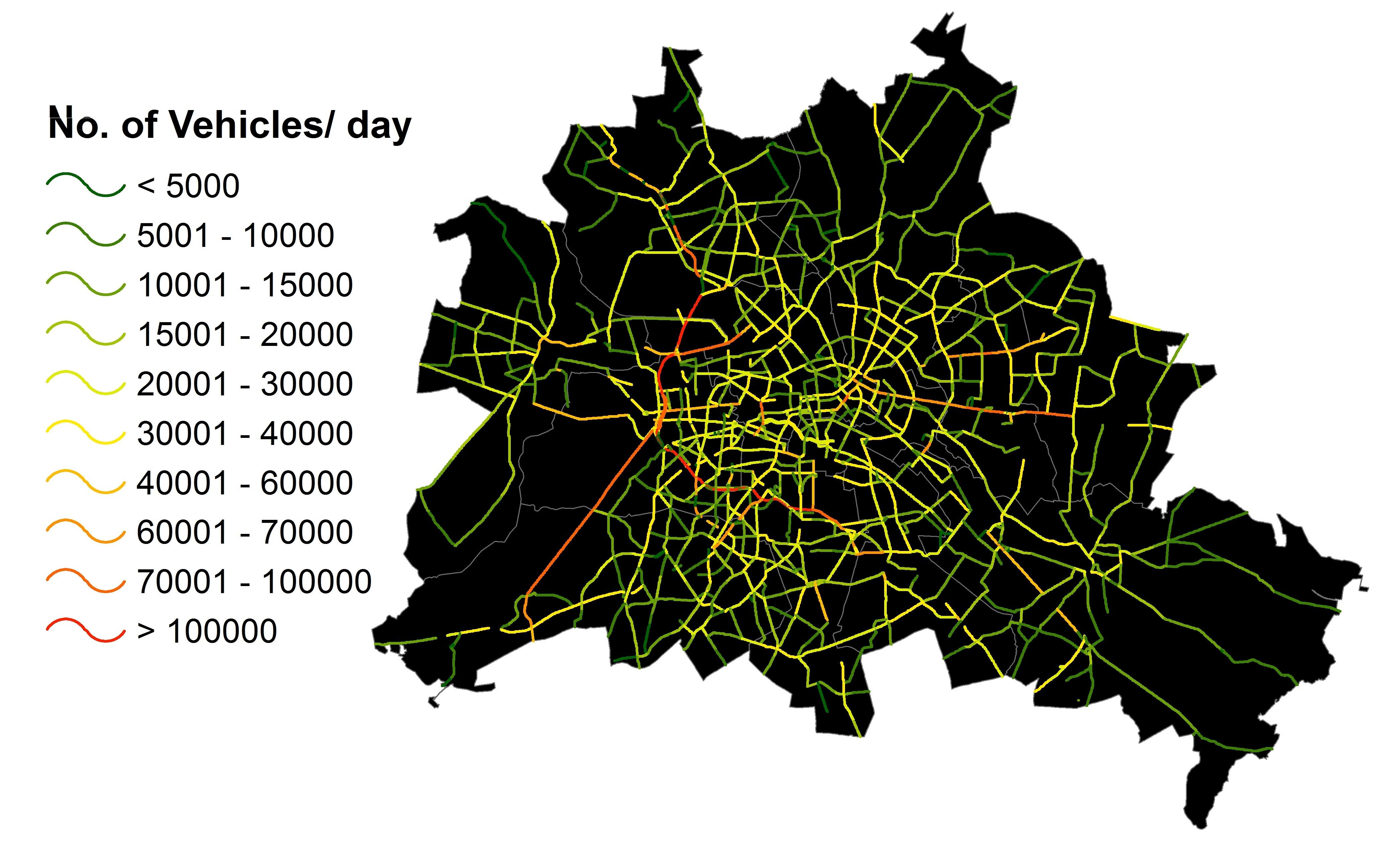 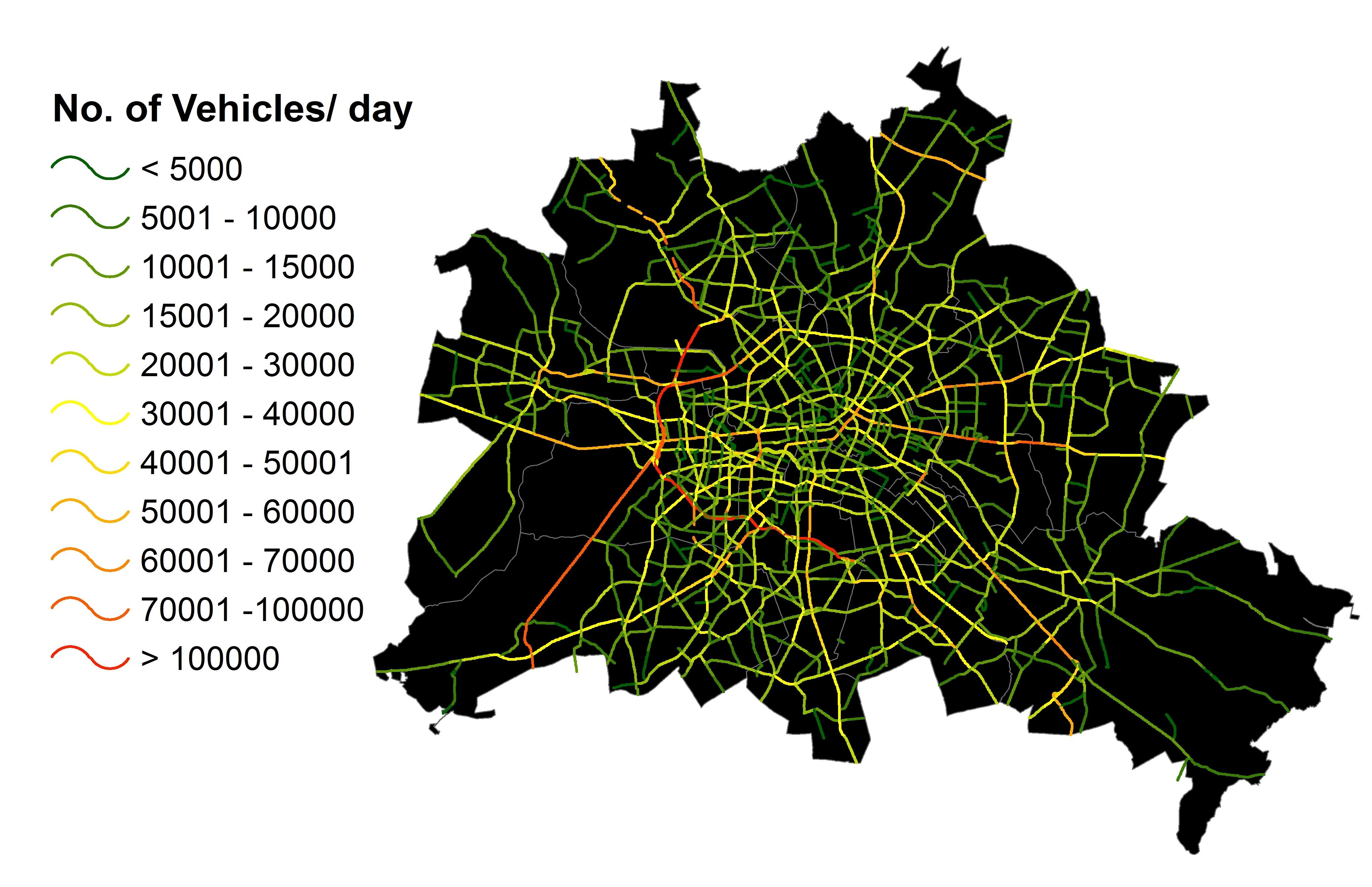 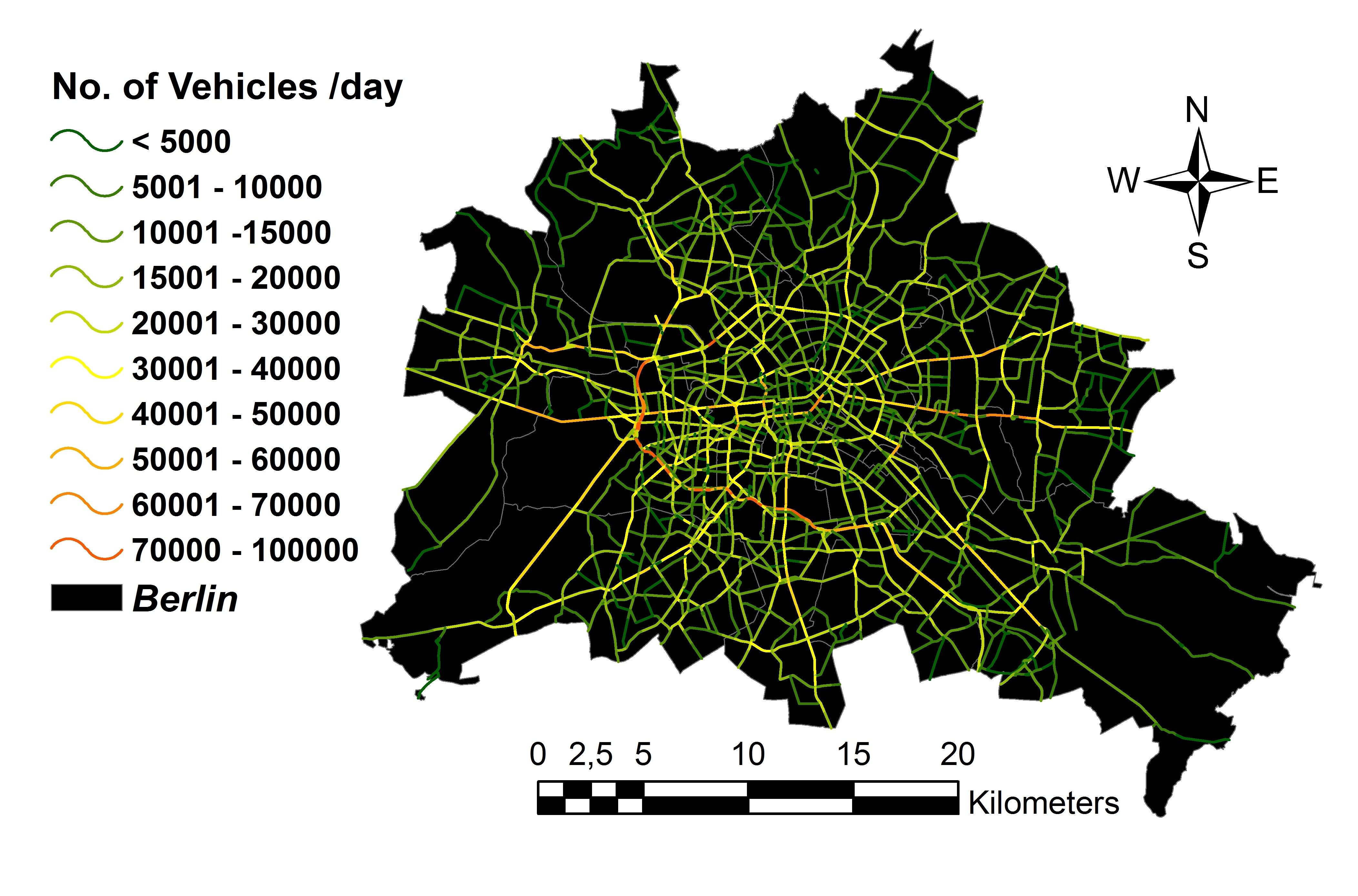 The urban climate working group has developed a fuzzy modelling technique for the simulation of air temperature in Berlin. The model output is presented as GIS (ILWIS) files.

The following figure shows a sample GIS output of air temperature (°C) model in Berlin. The MODIS products and the data of the meteorological stations have also been employed as input variables in this model. 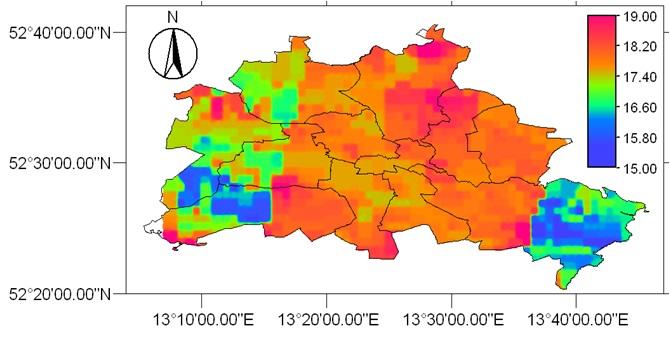