Gerhard Neukum, Professor of Planetary Sciences and Remote Sensing at Freie Universität Berlin, was a pioneer of the technique of dating planetary surfaces from the statistics of impact craters, a method which has become fundamental to our understanding of the evolution of solid bodies in the Solar System. 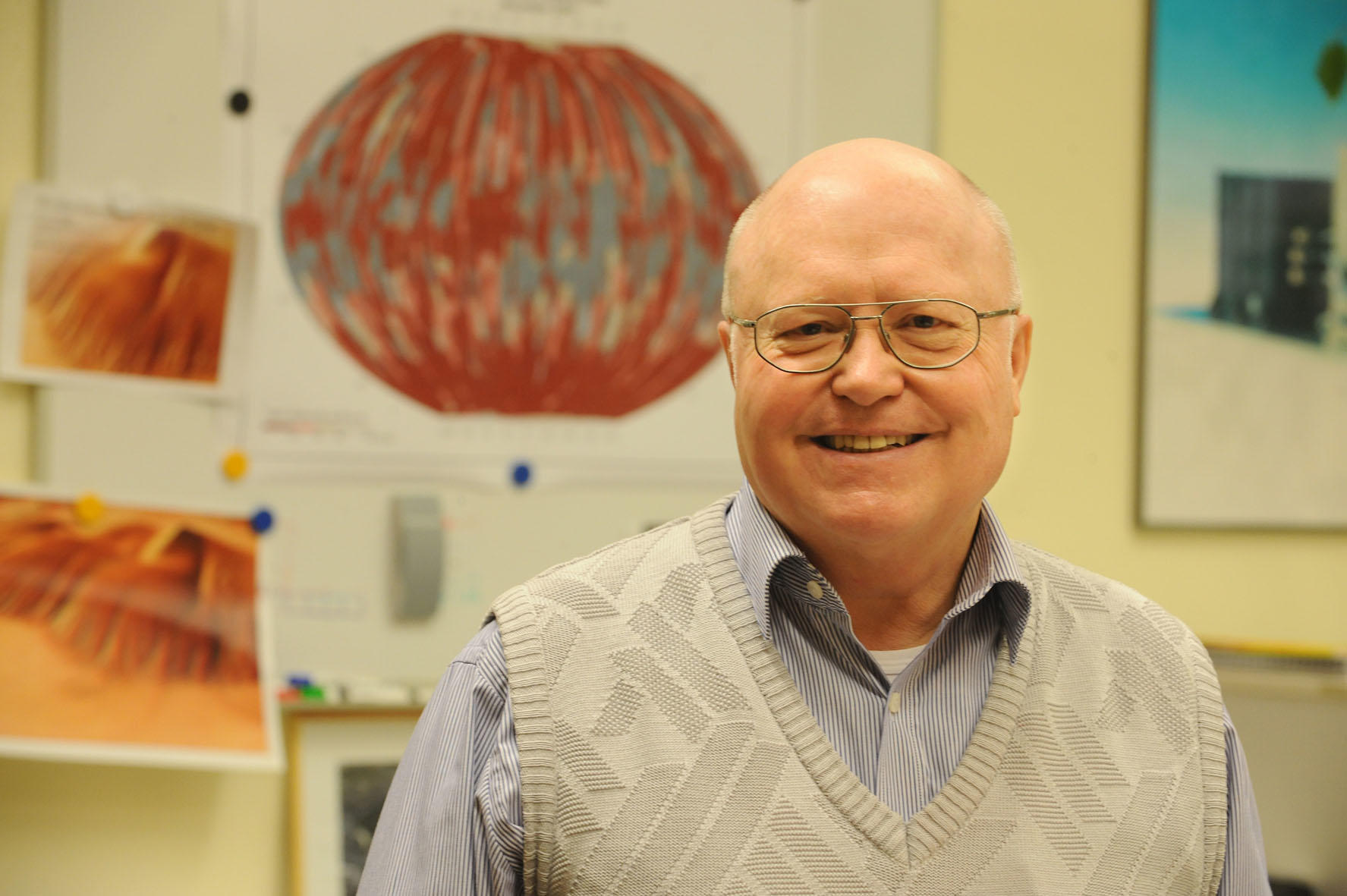 Having studied physics at the University of Heidelberg and later, during his doctoral work, the lunar samples brought back by Apollo astronauts, he made the connection between the ages of those samples as found by radiometric methods, and as recorded by the ticks of another natural clock in the Solar System – the perpetual impact of meteoroids into planetary surfaces. His work yielded the first inter-calibration of these different clocks, and opened up the possibility of measuring the age of an alien planetary surface without needing access to physical samples, but instead by careful counting and analysis of the accumulated scars of historical impacts.

The tantalisingly complex geological history of Mars was an obvious target for application of the technique – here was the chance to unravel the relationships of time between the planet’s mysterious channel systems, its colossal volcanoes, its craggy uplands and the gentle plains of the north. Much could be done already with the images from the Viking missions of the 70s, but with newer technologies there was potential to go even further. He led the development of the High Resolution Stereo Camera (HRSC), an instrument designed to carry out global mapping of Mars at 12m resolution, providing simultaneously colour images of the surface and its topography. HRSC was first launched on the Russian Mars 96 spacecraft which, after many years of preparation, was fated to re-enter and break up in the Earth’s atmosphere.

He went on, then as Director of the DLR Institute of Planetary Research in Berlin-Adlershof, to become a primary motivator of the first ESA spacecraft to be sent to another planet. Seven years later, in 2003, Mars Express was launched carrying an improved version of HRSC, which has been operating continuously from Mars orbit ever since. The stream of data from the HRSC instrument has brought numerous new insights into the science of Mars, prominent among them being works by researchers across the world using his methods to date features of the planet’s surface, to place their understanding of the once active geologic processes of Mars into the context of time. These successes, in large part, are his legacy to planetary science.

Widely respected for his expertise in the field of chronology, he also contributed to the NASA Cassini and Dawn missions to Saturn, Vesta and Ceres, and the ESA Rosetta mission to comet 67P/Churyumov-Gerasimenko.

Gerhard Neukum died in Berlin on 21 September 2014. He is survived by his wife, his two children and three grandchildren.