The compositional analysis of organic material emerging from the subsurface ocean of Enceladus is vital for constraining the astrobiological potential of Saturn’s small icy moon. Cryovolcanically active, Enceladus ejects a plume of water vapour and ice particles from fractures in the icy crust of its south polar terrain. Grains emitted fast enough can leave the region dominated by the moon’s gravity, and enter Saturn’s diffuse E ring, itself formed largely by these plume particles. The mass spectrometer of the Cosmic Dust Analyzer (CDA) aboard the Cassini spacecraft analysed ice grains in both the plume and the E ring between 2004 and 2017. Over 200,000 mass spectra were recorded during this period. At least 25 % of these spectra show abundant/clear spectral features that are believed to derive from organic compounds. 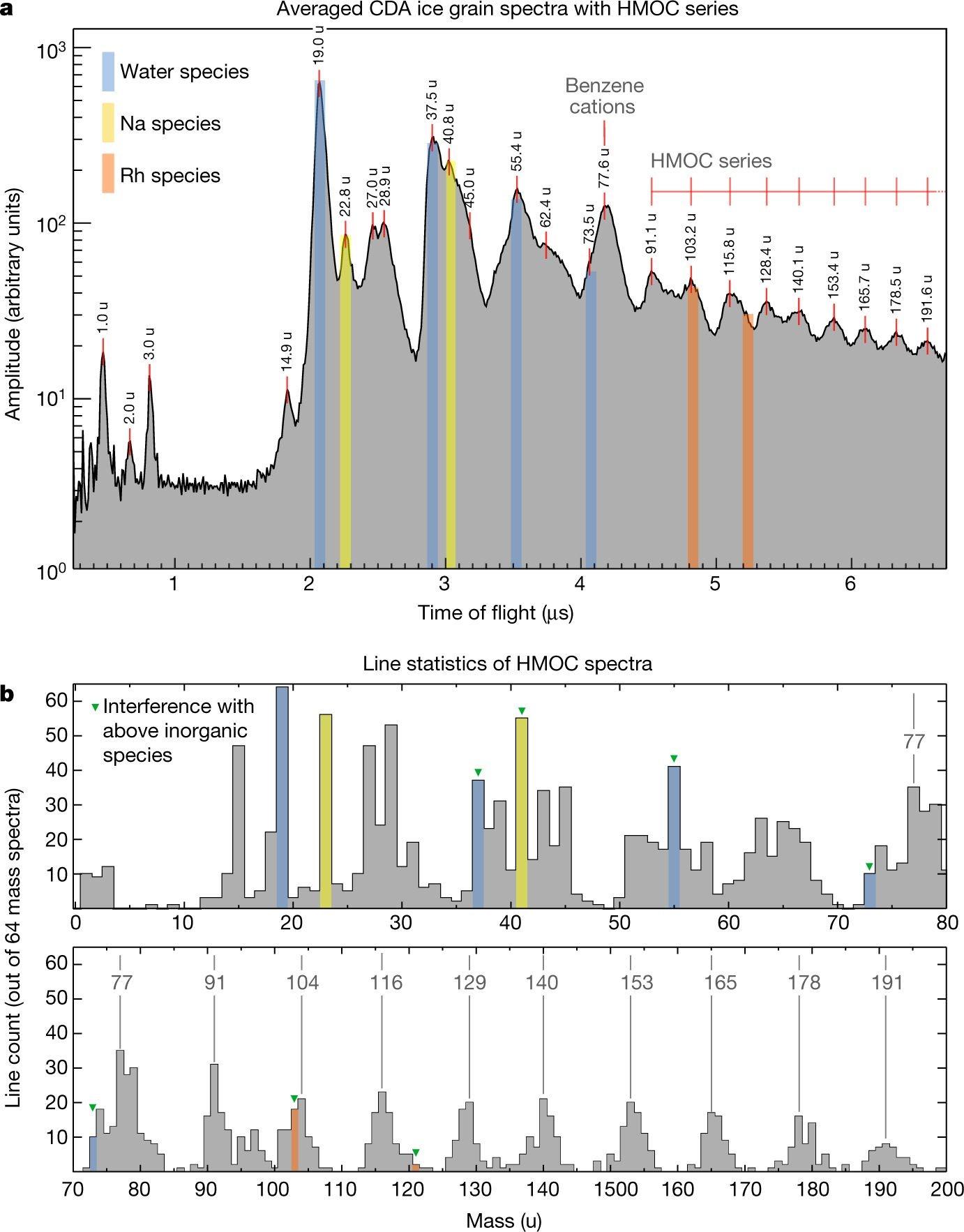 The analysis of these grains provides a unique opportunity to gather information about the the organic chemistry inside an extra-terrestrial subsurface ocean, as well as about grain formation and evolutionary processes. In 2018, a major breakthrough was achieved by the identification of complex organic material in ice grains emerging from Enceladus. This discovery was the first ever detection of macromolecular (≥ 200 u) complex organic compounds coming from an extraterrestrial water world (Postberg et al., Nature 2018). Subsequently, more numerous CDA mass spectra have been analysed to show organic signatures typical for low mass (< 100 u) molecules. The identified compounds – in particular amines, carbonyls and single-ring aromatics - are known to be biologically relevant and known precursors for the synthesis of amino acids in Earth’s hydrothermal systems, which provide conditions believed to be closely mirrored on Enceladus (temperature ≈ 90 °C, pH ≈ 8.5-10.5) (Barge et al., PNAS 2019; Menez et al., Nature 2018). In contrast to the previously mentioned complex organic material these low mass organics are more soluble, and volatile under conditions where liquid water can exist (Khawaja et al., MNRAS 2019).

The detected organic compounds can be linked to geochemical processes occurring in the depths of Enceladus’s ocean. The insoluble high mass complex organic material and the low mass soluble organic compounds very likely originate from Enceladus’ hydrothermal core. From there, the complex solid organic material can be efficiently transported to the oceanic surface by large-scale thermal convection and exsolving and bursting bubbles of volatile gases emerging from depth (Postberg et al., Nature 2018), which throw the organic material upward from the water surface. At the same time low mass organic molecules arising from depth efficiently evaporate when reaching the water surface. If these organic molecules carry nitrogen or oxygen bearing functional groups, they can condense onto pre-existing ice grains in the ice vents (Khawaja et al., MNRAS 2019), before being expelled into space with the outrushing plume gases. 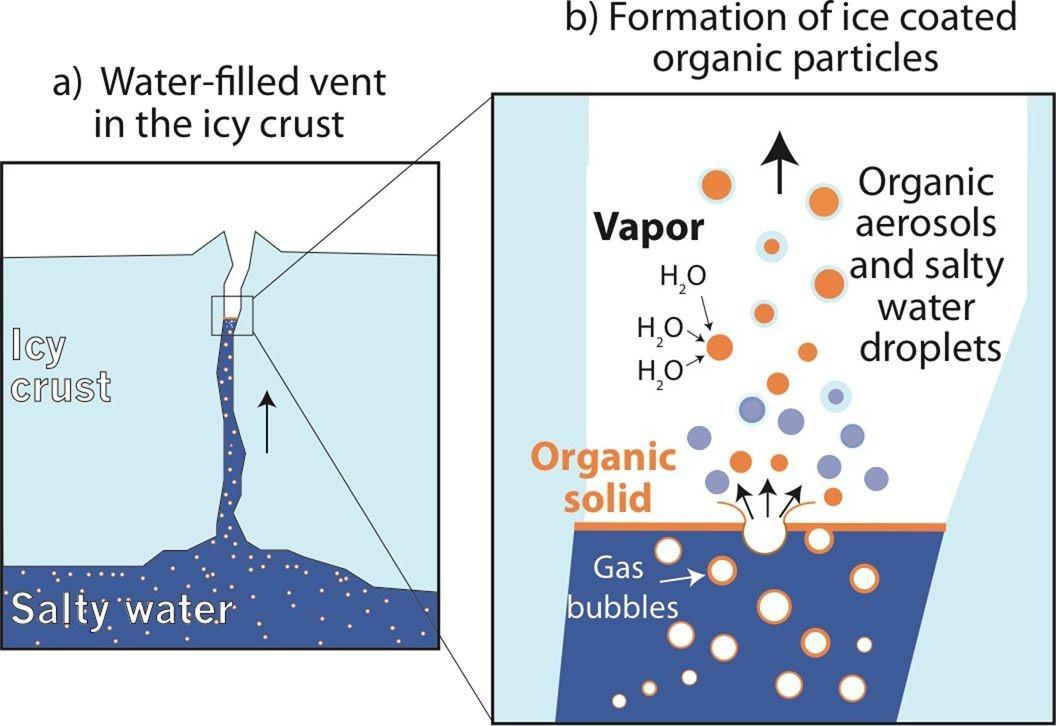 Our investigation of the wealth of spectra returned by Cassini’s Cosmic Dust Analyzer is ongoing, with analysis of flight data supported by further laboratory analogue experiments. characterizing signatures from organic material to enhance further our knowledge about the organic inventory and also to further explore the astrobiological potential of the moon. In future, we would like to link our results with the processes that may lead prebiotic chemistry under Enceladus conditions.