The Martian outflow channel Mawrth Vallis is a candidate landing site for ESA’s ExoMars 2020 mission. The movie was created out of image data from the High Resolution Stereo Camera (HRSC) on board Mars Express by the Planetary Sciences and Remote Sensing group at Freie Universität Berlin. The systematic processing of the HRSC image data was carried out at German Aerospace Center (DLR). 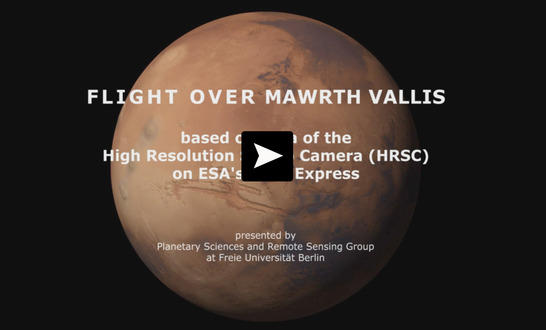 Mawrth Vallis is situated at the boundary of the southern highlands to the northern lowlands on Mars and has a length of 600 km and a depth of up to 2 km. The presented animation is based on a color mosaic and digital terrain model of the region released July 7, 2016. 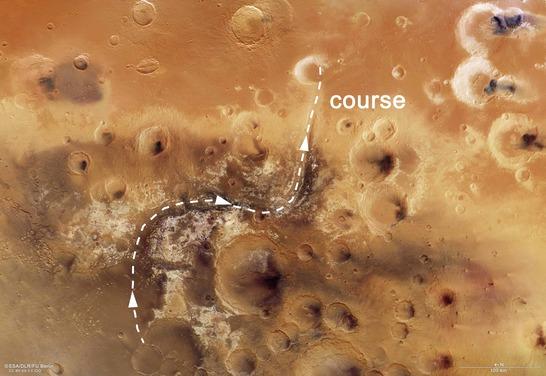 Starting at the mouth of the channel in Chryse Planitia, the flyover heads along the channel to the source region in the Arabia Terra highlands. The 4 billion years old plateau is characterized by many impact craters, light and dark deposits. The light-toned layered sediments are among the largest outcrops of phyllosilicates (clay minerals) on Mars and an indication of past surface alteration by liquid water.

The variety of hydrated, i.e. water-bearing, minerals and the possibility of a habitable environment in the Martian past led scientists to propose Mawrth Vallis as a candidate landing site for the ExoMars 2020 mission. 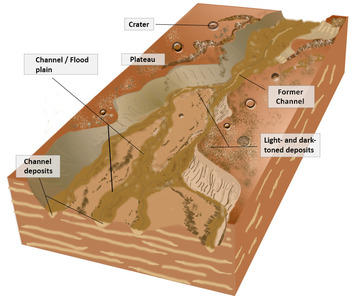 The underlying mosaic consists of 9 orbit strips (1564, 1337, 2229, 1542, 1326, 1293, 2938, 2196, 3297) and covers a region 338°-346° East and 17°-29° North. The color mosaic was created using data from the nadir channel, the field of view of which is aligned perpendicular to the surface of Mars, and the color channels of the HRSC. The mosaic image is combined with topography information (from stereo data of HRSC) to generate a three-dimensional landscape. Finally this landscape is recorded from different perspectives, as with a movie camera, to render a flight.