Recent images acquired with the High Resolution Stereo Camera (HRSC), operated by the German Aerospace Center (Deutsches Zentrum für Luft- und Raumfahrt; DLR) on board the European Space Agency Mars Express spacecraft, show a portion of the Claritas Rupes escarpment on Mars that surrounds the Claritas Fossae graben system. It forms the eastern boundary of the gigantic Tharsis volcanic region, where the biggest volcanoes on Mars – including Olympus Mons – are located.The views shown here were created by the Planetary Sciences and Remote Sensing group at Freie Universität Berlin. The systematic processing of the HRSC image data is carried out at DLR. 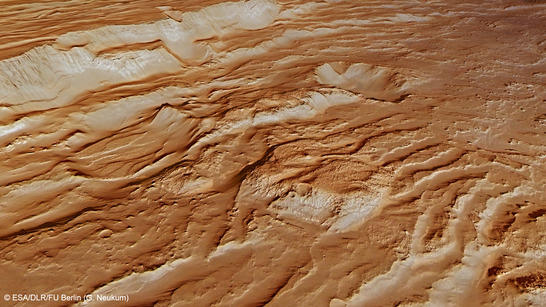 The Claritas Rupes is located ~200 km north of the Claritas Fossae (see press release 028 and 095). The scarp describes the eastern boundary of the giant Tharsis bulge, an elevated volcanic rise about 5000 km across and up to 7000 m high (excluding the major volcanic edifices). 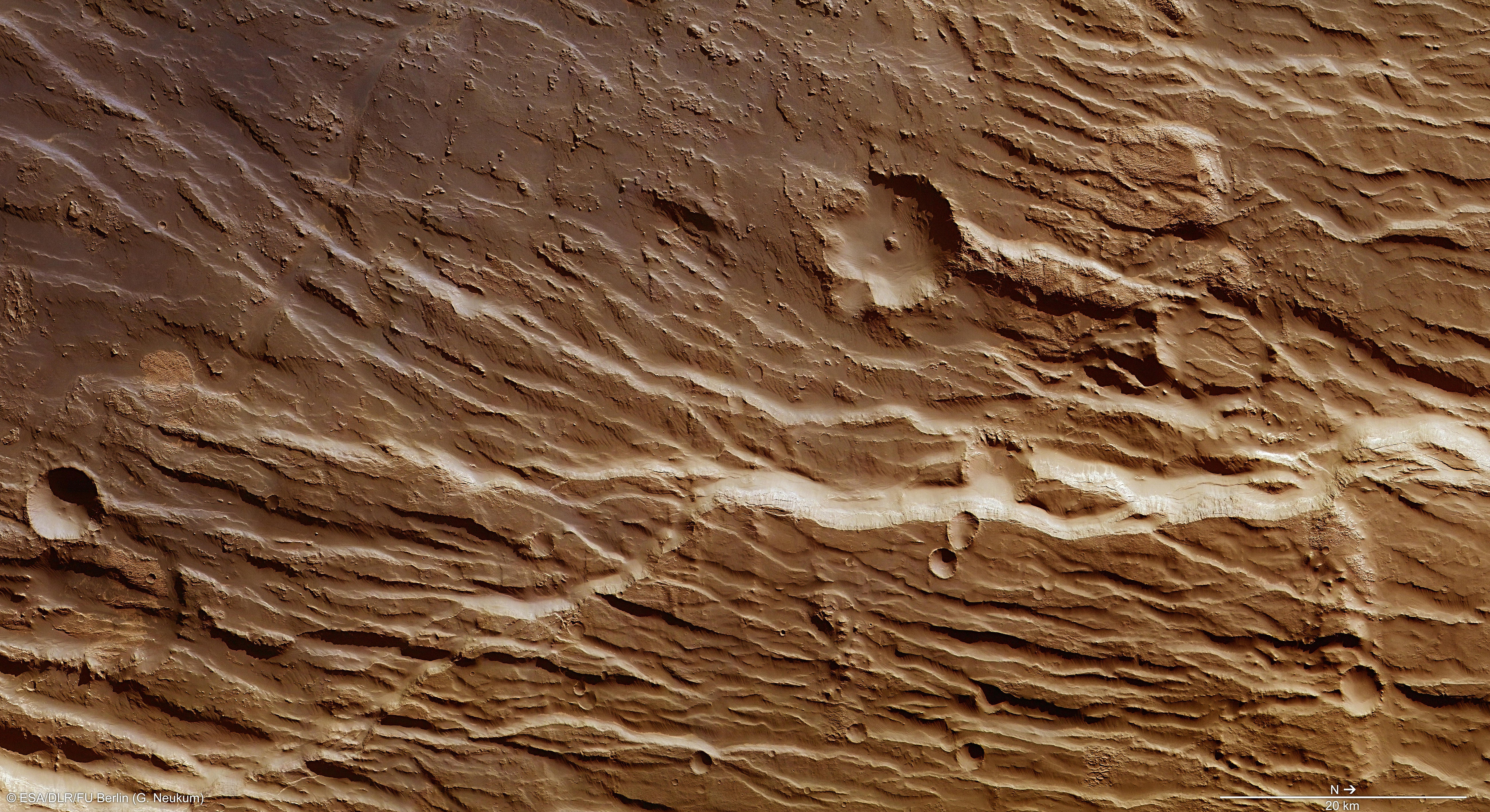 The numerous fractures and faults running through the region were formed by stress in the Martian crust during the formation of the Tharsis Bulge, which is up to 10 kilometres high. The effusion of vast amounts of volcanic material onto the surface has caused entire blocks of the Martian crust to slide into the newly created gaps, resulting in a distinctive landscape with conspicuous “terracing” known to the geologist as horsts and grabens. Similar processes on Earth have given rise to rifts such as the Upper Rhine Valley between Basel and Karlsruhe or the Eger Graben in the Czech Republic. 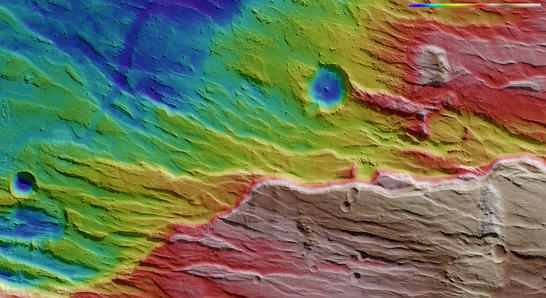 To the right in the image is a bright hill that appears to be made of relatively soft, easily erodible material. This can also be seen on the escarpment to the right in the lower half of images 2, 3 and 4. This material might contain phyllosilicates (sheet silicates) – clay minerals rich in iron and aluminium and that only occur as a result of the long-term effects of water on volcanic rock. This is supported by observations using the CRISM instrument on board NASA’s Mars Reconnaissance Orbiter, which has been investigating bright material nearby. 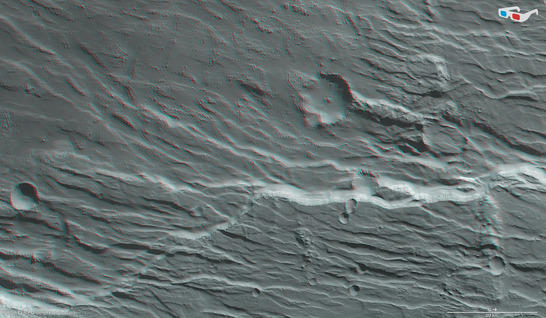 The images were created using data acquired by HRSC on 30 November 2013 during Mars Express orbit 12,600. The image resolution is about 14 metres per pixel. The images show a section at about 254 degrees east and 27 degrees south.

The color plan view (image 2) was created using data from the nadir channel, the field of view of which is aligned perpendicular to the surface of Mars, and the color channels of the HRSC. The oblique perspective view (image 1) was generated using data from the HRSC stereo channels. The anaglyph (image 4), which provides a three-dimensional view of the landscape when viewed using red-green or red-blue glasses, was derived from data acquired by the nadir channel and one stereo channel. The color-coded topographic view (image 3) is based on a digital terrain model of the region, from which the topography of the landscape can be derived.