The evolution of industrial-era warming across the continents and oceans provides a context for future climate change and is important for determining climate sensitivity and the processes that control regional warming. Here we use post-ad 1500 palaeoclimate records to show that sustained industrial-era warming of the tropical oceans first developed during the mid-nineteenth century and was nearly synchronous with Northern Hemisphere continental warming. The early onset of sustained, significant warming in palaeoclimate records and model simulations suggests that greenhouse forcing of industrial-era warming commenced as early as the mid-nineteenth century and included an enhanced equatorial ocean response mechanism. The development of Southern Hemisphere warming is delayed in reconstructions, but this apparent delay is not reproduced in climate simulations. Our findings imply that instrumental records are too short to comprehensively assess anthropogenic climate change and that, in some regions, about 180 years of industrial-era warming has already caused surface temperatures to emerge above pre-industrial values, even when taking natural variability into account.

The Anthropocene is functionally and stratigraphically distinct from the Holocene

Human activity is leaving a pervasive and persistent signature on Earth. Vigorous debate continues about whether this warrants recognition as a new geologic time unit known as the Anthropocene. We review anthropogenic markers of functional changes in the Earth system through the stratigraphic record. The appearance of manufactured materials in sediments, including aluminum, plastics, and concrete, coincides with global spikes in fallout radionuclides and particulates from fossil fuel combustion. Carbon, nitrogen, and phosphorus cycles have been substantially modified over the past century. Rates of sea-level rise and the extent of human perturbation of the climate system exceed Late Holocene changes. Biotic changes include species invasions worldwide and accelerating rates of extinction. These combined signals render the Anthropocene stratigraphically distinct from the Holocene and earlier epochs.

Understanding the evolution of Arctic polar climate from the protracted warmth of the middle Pliocene into the earliest glacial cycles in the Northern Hemisphere has been hindered by the lack of continuous, highly resolved Arctic time series. Evidence from Lake El’gygytgyn, in northeast (NE) Arctic Russia, shows that 3.6 to 3.4 million years ago, summer temperatures were ~8°C warmer than today, when the partial pressure of CO2 was ~400 parts per million. Multiproxy evidence suggests extreme warmth and polar amplification during the middle Pliocene, sudden stepped cooling events during the Pliocene-Pleistocene transition, and warmer than present Arctic summers until ~2.2 million years ago, after the onset of Northern Hemispheric glaciation. Our data are consistent with sea-level records and other proxies indicating that Arctic cooling was insufficient to support large-scale ice sheets until the early Pleistocene.

Pathological phenomena affect only single specimens of a population and represent morphological deviations from the normal genetic bauplan. Palaeopathological phenomena are restricted to fossilizable hard parts of cephalopods and are common features in all endo- and ectocochliate groups. The most important phenomena are described here. On the basis of their aetiology, it is possible to distinguish between endogenic and exogenic reasons for pathological growth disturbances. The forma aegra terms of open nomenclature, introduced by Hölder (1956), are used for characteristic and repeatedly found anomalous phenomena of ammonoids and nautiloids. In addition, some new forma aegra terms are introduced here for "standardized“ pathological phenomena of belemnoid rostra.

A Complete Terrestrial Radiocarbon Record for 11.2 to 52.8 kyr B.P.

Radiocarbon (14C) provides a way to date material that contains carbon with an age up to ~50,000 years and is also an important tracer of the global carbon cycle. However, the lack of a comprehensive record reflecting atmospheric 14C prior to 12.5 thousand years before the present (kyr B.P.) has limited the application of radiocarbon dating of samples from the Last Glacial period. Here, we report 14C results from Lake Suigetsu, Japan (35°35′N, 135°53′E), which provide a comprehensive record of terrestrial radiocarbon to the present limit of the 14C method. The time scale we present in this work allows direct comparison of Lake Suigetsu paleoclimatic data with other terrestrial climatic records and gives information on the connection between global atmospheric and regional marine radiocarbon levels.

The reliability of Arctic climate predictions is currently hampered by insufficient knowledge of natural climate variability in the past. A sediment core from Lake El’gygytgyn in northeastern (NE) Russia provides a continuous, high-resolution record from the Arctic, spanning the past 2.8 million years. This core reveals numerous “super interglacials” during the Quaternary; for marine benthic isotope stages (MIS) 11c and 31, maximum summer temperatures and annual precipitation values are ~4° to 5°C and ~300 millimeters higher than those of MIS 1 and 5e. Climate simulations show that these extreme warm conditions are difficult to explain with greenhouse gas and astronomical forcing alone, implying the importance of amplifying feedbacks and far field influences. The timing of Arctic warming relative to West Antarctic Ice Sheet retreats implies strong interhemispheric climate connectivity.

Pastoral nomadism, as a successful economic and social system drawing on mobile herding, long-distance trade, and cavalry warfare, affected all polities of the Eurasian continent. The role that arid Inner Asia, particularly the areas of northwestern China, Kazakhstan, and Mongolia, played in the emergence of this phenomenon remains a fundamental and still challenging question in prehistoric archaeology of the Eurasian steppes. The cemetery of Liushiu (Xinjiang, China) reveals burial features, bronze bridle bits, weaponry, adornment, horse skulls, and sheep/goat bones, which, together with paleopathological changes in human skeletons, indicate the presence of mobile pastoralists and their flocks at summer pastures in the Kunlun Mountains, ∼2,850 m above sea level. Radiocarbon dates place the onset of the burial activity between 1108 and 893 B.C. (95% probability range) or most likely between 1017 and 926 B.C. (68%). These data from the Kunlun Mountains show a wider frontier within the diversity of mobile pastoral economies of Inner Asia and support the concept of multiregional transitions toward Iron Age complex pastoralism and mounted warfare.

Jointed limbs in arthropods are a key innovation that facilitated the evolution of the world's most species-rich animal group. Their ancestors may lie among a group of extinct animals called lobopodians, which looked rather like worms with legs. A newly discovered 520-million-year-old fossil lobopodian from China may be the closest known fossil relative of modern arthropods. A thin worm-like animal, Diania cactiformis is named to reflect its 'walking cactus' appearance. The possession of what seem to be the beginnings of robust, jointed and spiny legs suggest that this bizarre animal might be very close to the origins of the arthropods. 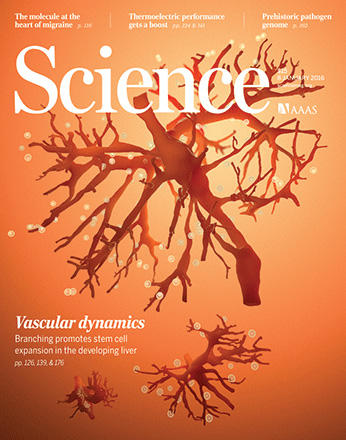 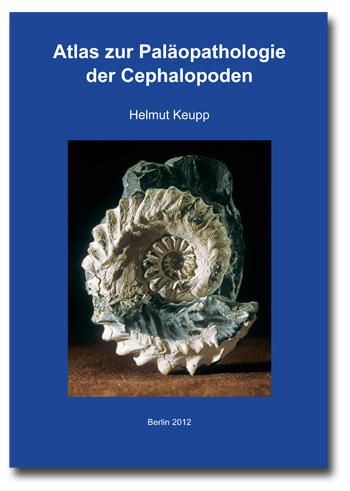