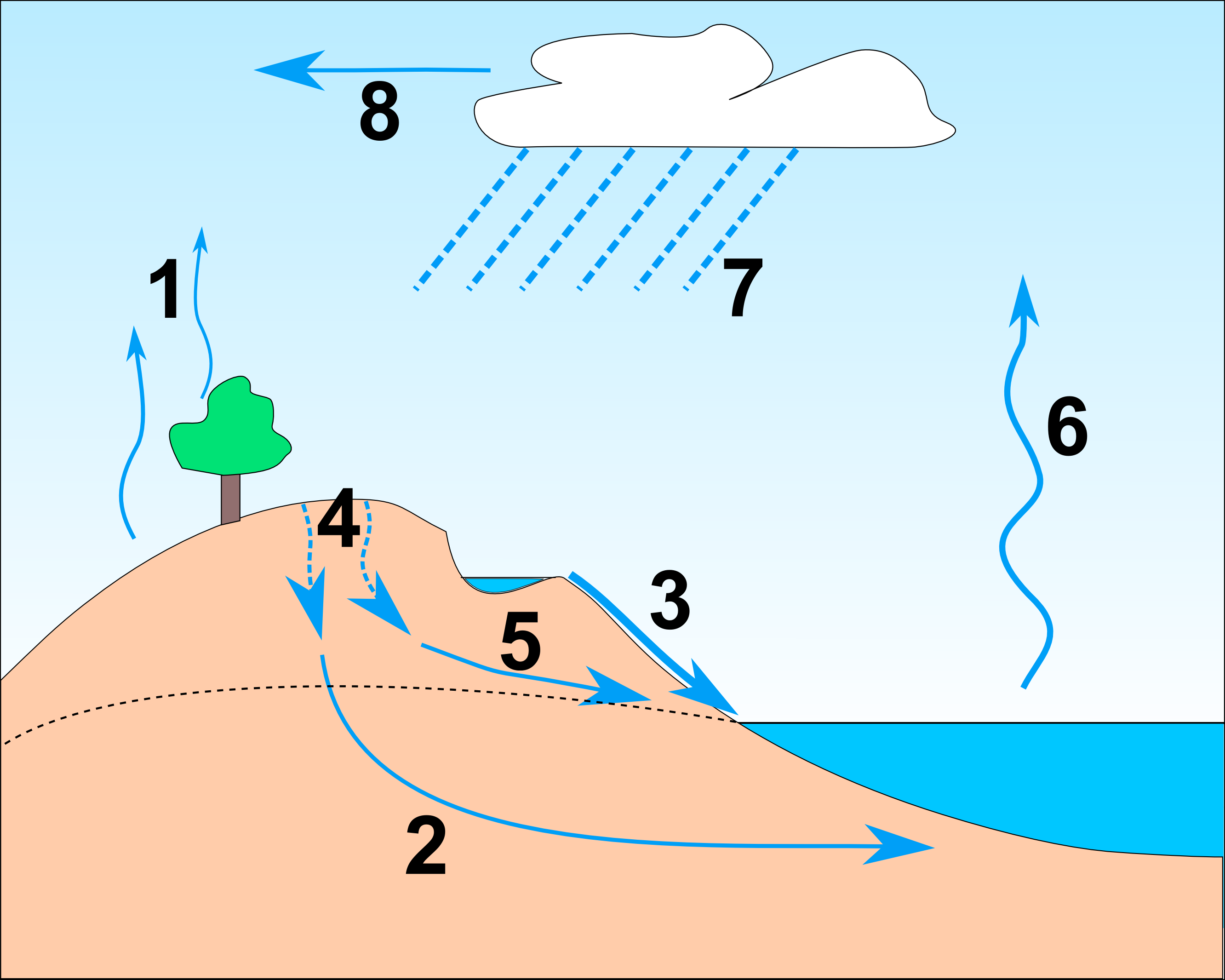 2. What is the percentage of freshwater on the world’s water reserves (with glaciers and snow cover)? Choose the right answer.

3. What are the two nutrients which mainly control the growth of aquatic plants, algae and bacteria in aquatic systems?

4. Give a short explanation of the nutrient cycle.

5. Name at least three central functions of soils within the water and nutrient cycle.

8. What is illustrated in the graphic below? What are the probably resulting effects that can be expected regarding the water cycle? Name at least four. (Image: Cubasch et al. 2013)

9. Reducing water pollution, increasing efficiency in agriculture and saving water in domestic use are measures to increase water availability in a situation of water stress. Name at least four possibilities to achieve these goals!

11. One result of urbanisation is that streams carry less water or dry up when it is not raining and flood when it does. (True or false?)

12. What are human based reasons for eutrophication? Name at least two.

13. Lack of sanitation is one of the most significant forms of water pollution. In developing countries 90% of the sewage is discharged untreated directly into water bodies. At the beginning of 2016 the world’s population is estimated to be 7.4 billion. What is the percentage of the world’s population that is living without any form of sanitation? Choose the right answer.

14. Less than 50% of world’s large river systems are affected by dams fortunately not the eight most biogeographically diverse. (True or false?)

15. How many dams with heights above 15 m exist worldwide? Choose the right answer.

16. On a global basis, agriculture accounts for more than 70% of all water withdrawals. (True or false?)

17. Between 30 % and 60 % of the water abstracted for agriculture is returned to rivers. What is the issue/problem with the returned water?

18. Which two types of soil degradation are shown in the following two pictures? Give a short description of these processes. (Images: Nichols, R. USDA NRCS 2011 & Prasuhn, V. 2009) 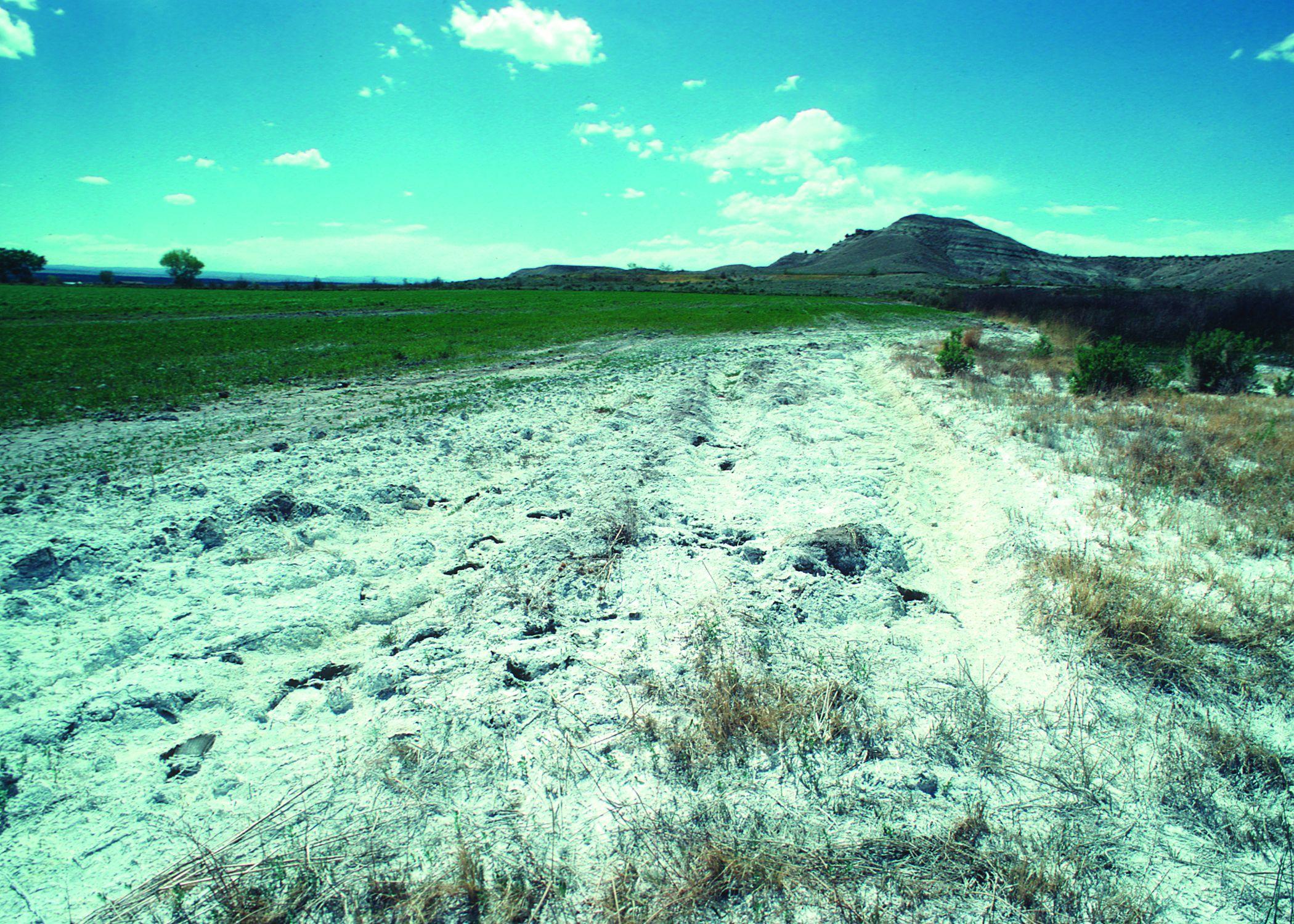 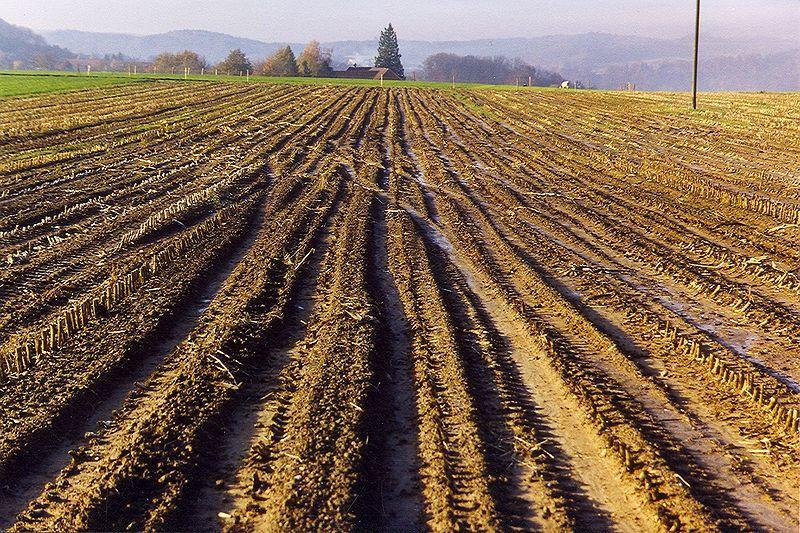 19. Name at least four human causes of erosion as well as four measures to control erosion.

20. Deforestation of tropical rainforest is increasing every year. (True or false?)

21. Arrange the following reasons in the right order starting with the greatest cause of deforestation: commercial farming, fuel-wood, legal as well as illegal wood extraction and subsistence farming.

22. What are the superordinate impacts of deforestation? Name at least four.

23. Groundwater is usually the main freshwater resource in urban areas. What are the three major ways how urbanisation is influencing groundwater?