My research project is part of the joint DFG-funded Priority Programme: ‘Mountain Building Processes in Four-Dimensions (MB-4D)’ SPP 2017, which forms an integral part of the European AlpArray project

I investigate the Neogene deformation history of the eastern Southern Alps, which are part of the leading edge of the Adriatic Plate colliding with Europe. My research focuses on the question how Neogene shortening within the eastern Southern Alps is partitioned and related to a potential subduction-polarity within my study area. This will give further insight into what controls the non-rigid behavior of the Adriatic Indenter and its style and depth of deformation.

To answer these questions, I do extensive fieldwork in the Giudicarie Belt of Northern Italy for brittle structural analysis to collect data for fault-slip analysis. This data forms the input for the construction of cross sections across the studied area. I use the Move Suite of Geological Modelling Software (educational licenses were kindly provided by Petex) for balancing and forward modelling of the cross sections. Using constraints from forward modelling, I estimate the geometries of fault structures up to depths of 20 km to better understand the depth and lateral variations of Neogene deformation within the Adriatic indenter. To further constrain these fault structures at depth, I closely collaborate with colleagues at the GFZ Potsdam to integrate my results with local earthquake tomography. An important outcome from the balanced cross sections is that deformation is controlled by major paleogeographic boundaries, inherited from the Mesozoic (for example the Schio-Vicenza Fault; figure 1 below). 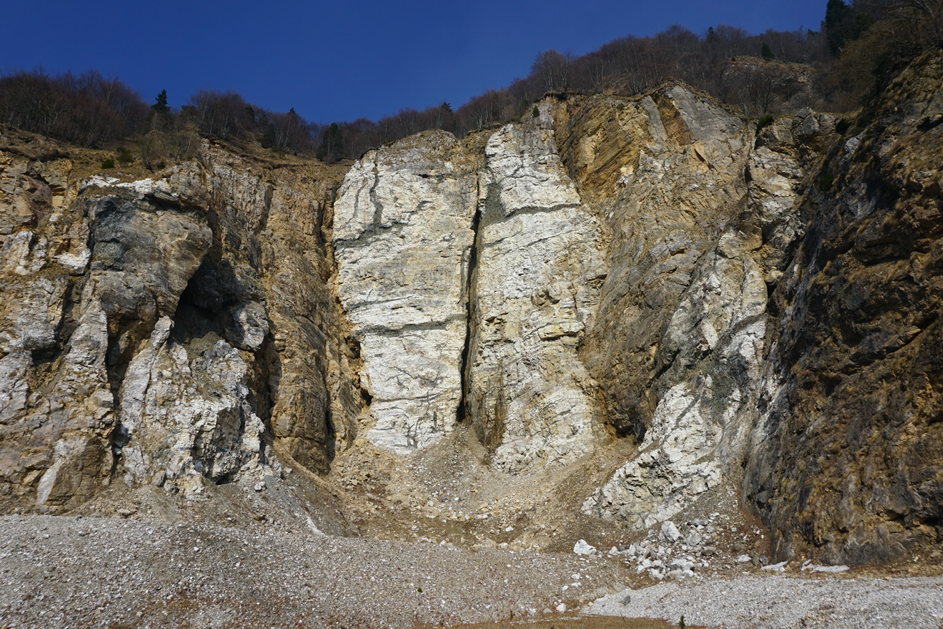