The Disaster Research Unit (DRU) of the Freie Universität Berlin is a social science research institution specialising in interdisciplinary and transdisciplinary research into disasters. The DRU’s body of work encompasses the entire “disaster cycle”: from its inception, its progression, into its after-math and the associated reconstruction and coping. This research topically breaks down into risk perception, risk reduction, disaster prevention, preparation, warning and disaster behaviour, all the way to disaster coping and sustainable reconstruction for industrialised nations as well as the so-called “Global South”. In addition to this, the DRU engages in social scientific and humanities basic research alongside other applied research and consulting.

In all of this, the cultural and social aspects form the core pillar of the DRUs work. As the DRU maintains, disasters must be considered and understood within their cultural and societal contexts. For example, extreme weather situations only become risks when they collide with societal and cultural understandings, behaviours, and institutions. 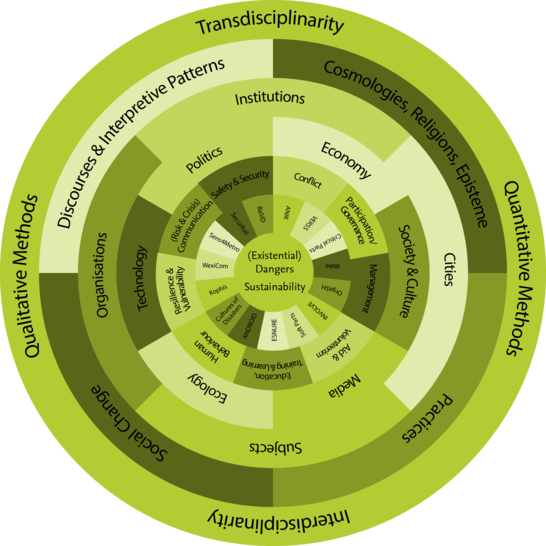 These aforementioned institutions and modes of behaviour not only differ across the globe, as they can even occasionally vary from region to region to the point where a storm in one region may be catastrophic, while in another it would scarcely encroach on the happenings of everyday life. This apparent difference between regions points toward cultural and societal deficits in regulation and inadequate or ill-adapted modes of behaviour. Preventative and protectionary measures ought to then be adjusted to societal contexts, attitudes, and behaviours (whilst considering all levels: from the local, the regional, all the way to the global) so that they can be agreed upon, developed, and eventually implemented in order to produce tangible and sustainable effects. Such goals can only be legitimate and successful by means of an intensive integration of the local populace as well as all relevant actors from civil protection, government agencies, and private enterprise. In doing so, nuanced understandings of disasters as “social constructions” are a necessary pre-requisite; i.e. how disasters are discursively, semiotically-materially objectivised and perceived.

The DRU affords special significance and attention to aspects concerning: perception and communication for risks and hazards, situationally adequate behaviour, as well as form-fitted development and adaptation of systems for prevention, early warning, protective, and disaster management.

The follow questions guide the work of the DRU: 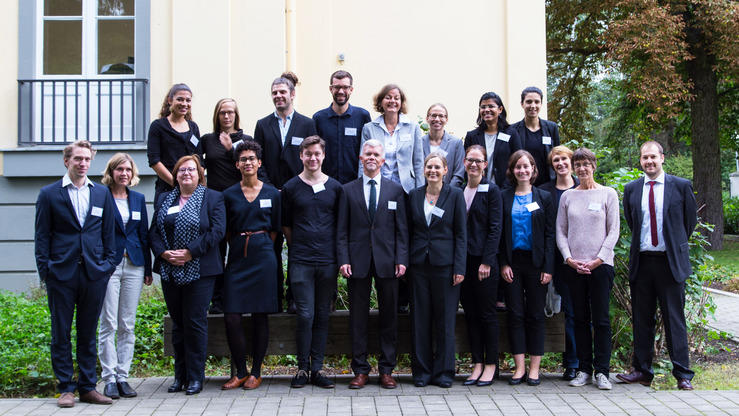 The DRU on LinkedIn